SANTA MONICA, Calif. -- Giannis Antetokounmpo was named the Kia NBA Most Valuable Player for the 2018-19 season, the league announced Monday night, June 24 during the NBA Awards in Los Angeles. Antetokounmpo joined Kareem Abdul-Jabbar as the only players in Bucks history to earn MVP honors.

“We are beyond proud of Giannis for earning his first MVP award,” said Bucks General Manager Jon Horst in a news release from the Milwaukee Bucks. “This well-deserved honor is due to his relentless hard work and dedication in becoming the most impactful player in the NBA. Giannis propelled the Bucks to great heights last season with his leadership, drive and unselfish play. His grace on and off the court has made him one of the most admired players in the world. On behalf of ownership, the entire Bucks organization and Bucks fans everywhere, we congratulate Giannis for being named MVP.” 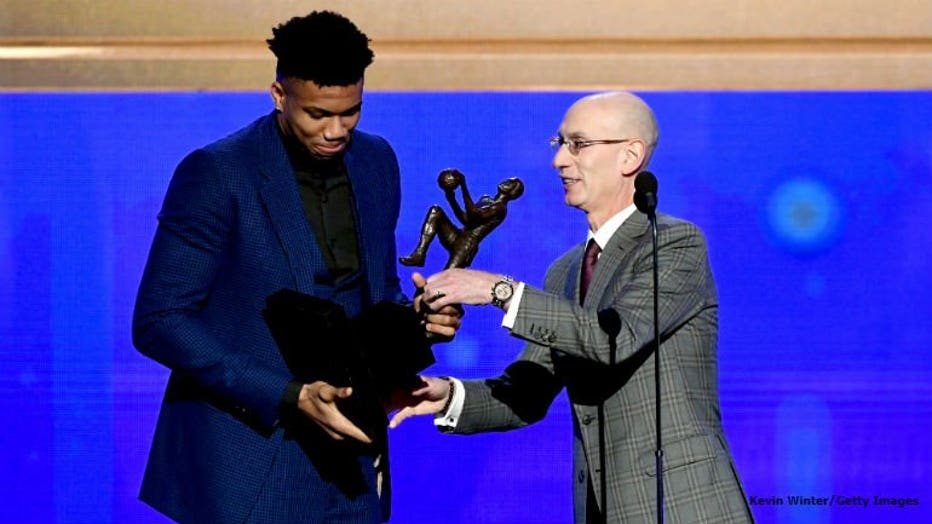 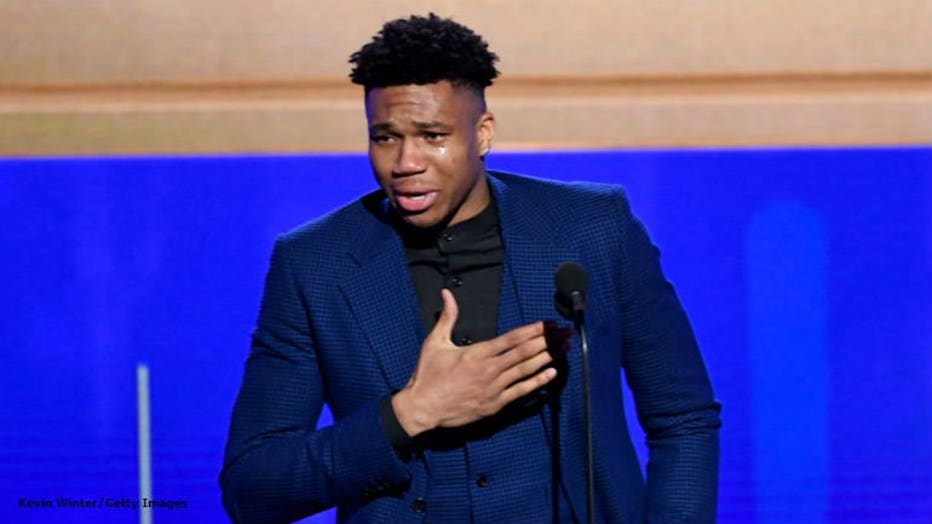 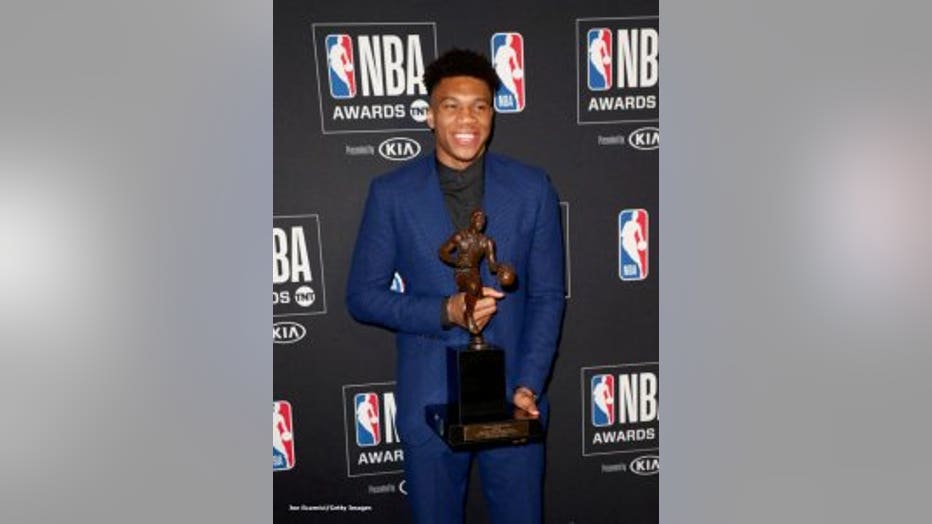 SANTA MONICA, CALIFORNIA - JUNE 24: Giannis Antetokounmpo, winner of the Kia NBA Most Valuable Player award, poses in the press room during the 2019 NBA Awards presented by Kia on TNT at Barker Hangar on June 24, 2019 in Santa Monica, California. (Ph

A First Team All-NBA and First Team All-Defense selection, and finalist for Defensive Player of the Year, Antetokounmpo earned Eastern Conference Player of the Month honors in Oct./Nov., December, February and March/April last season and was a six-time Eastern Conference Player of the Week winner. Antetokounmpo captained Team Giannis at the 68th All-Star Game in February after receiving the most player votes, the second-most fan votes and tied for the second-most media votes among all players.

The Kia NBA Most Valuable Player was voted on by the media.