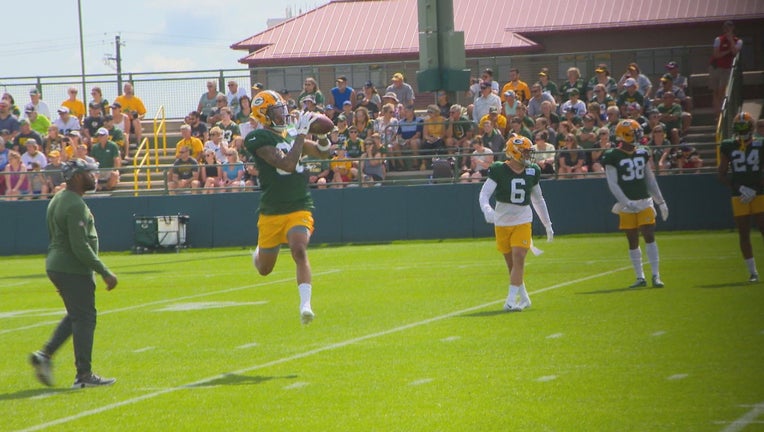 GREEN BAY, Wis. - When you look at the back line of the Packers defense, you pretty much know what you'll bet.

Adrian Amos and Darnell Savage are the starters, and they are on the field all the time in the regular season.

On family night, a rare opportunity to see someone else arose when Savage went out with a mild hamstring issue.

In came Vernon Scott, a third-year player, who is a much more viable option now than earlier in his career.

"I think he's really matured as a person, first and foremost," said Packers Head Coach Matt LaFleur. "And I think that's definitely had a major impact on his ability to go out there and play at a high level and just the consistency with which he approaches the game, he's definitely grown, and he's a consistent worker, and he's had a great attitude and I think it's reflected in his play."

"I guess just growing up, becoming a better professional in the NFL," said Scott. "I've just been growing, and it's showing in my game as far as knowing the defense and being out there with the starters."

You hear about guys being in better shape or having a better grasp of the scheme or having the game slow down for them, but it's rare that maturity is raised as a factor in a player's progress.

But Scott acknowledges it, in his case.

"Mature, for him to say that, yeah that's true," Scott said. "I've become more mature as a pro and I can definitely see that in my game."

On a team like the Packers, most of the positions are already accounted for.

A guy like Scott, a former draft choice but someone who didn't play a single snap of defense all last season, knew he'd have to be on point in 2022.

"It was a big year after last year, so I just wanted to come and put my best foot forward," said Scott. "Coming into this season, just be a professional, talk to the guys and get a better chemistry with the defense, and everything. I feel like it's been paying off, so I'm going to just go with it."

If the Packers decision-makers have their way, it will be Amos and Savage taking care of the important duties at safety this season, but Scott vows to be ready if he gets a nod.