MILWAUKEE -- Baseball is BACK in Milwaukee, and despite the somewhat rainy and chilly weather, many packed the parking lots at Miller Park on Opening Day, Monday, April 3rd to tailgate before the first pitch.

Last year on Opening Day, we saw temperatures in the 30s, and FLURRIES, so it could've been worse! Some rain and temperatures in the 40s didn't put a damper on the tailgating fun. For many, the day was filled with laughter, good food and great company -- and folks got started early! 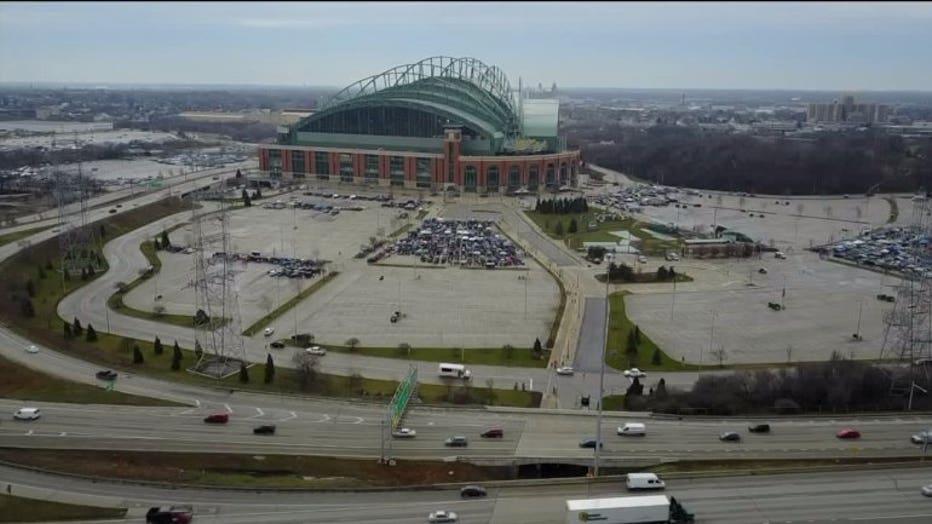 
Evan Olson and his friends were first in line as they entered the parking lots Monday morning.

Olson said Opening Day is a 10-year tradition for his crew. 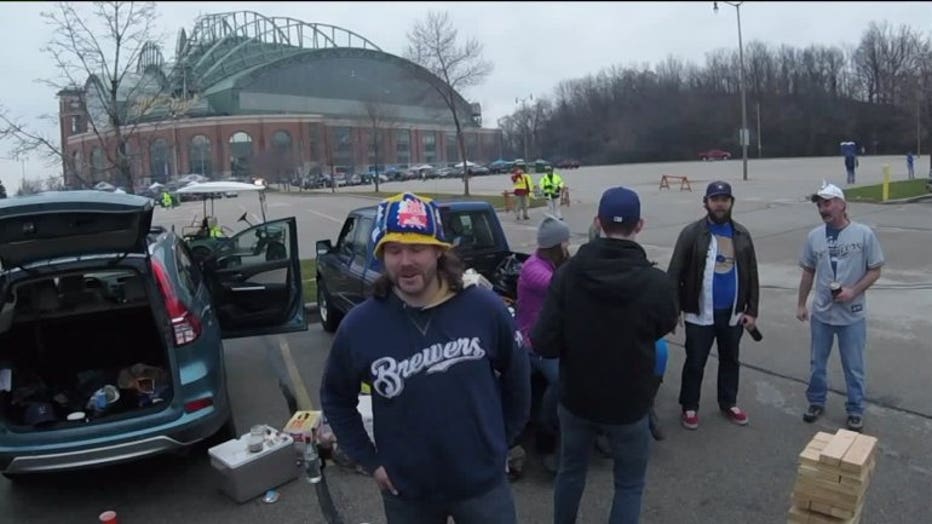 Evan Olson and his friends 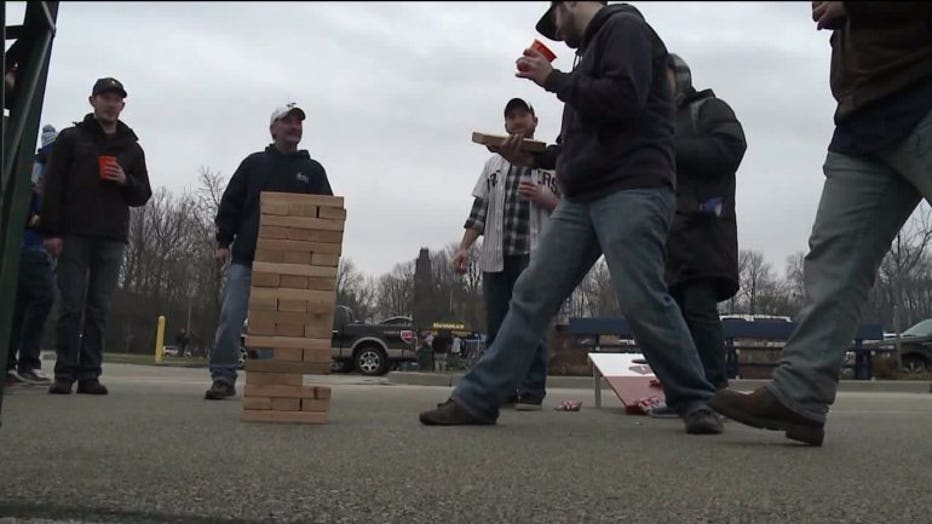 Evan Olson and his friends

"You meet so many different people. It's just always a good time coming down here," Olson said.

Matt Tyler's tailgate was a particularly popular one -- with his "Griller Park" drawing fans' attention. 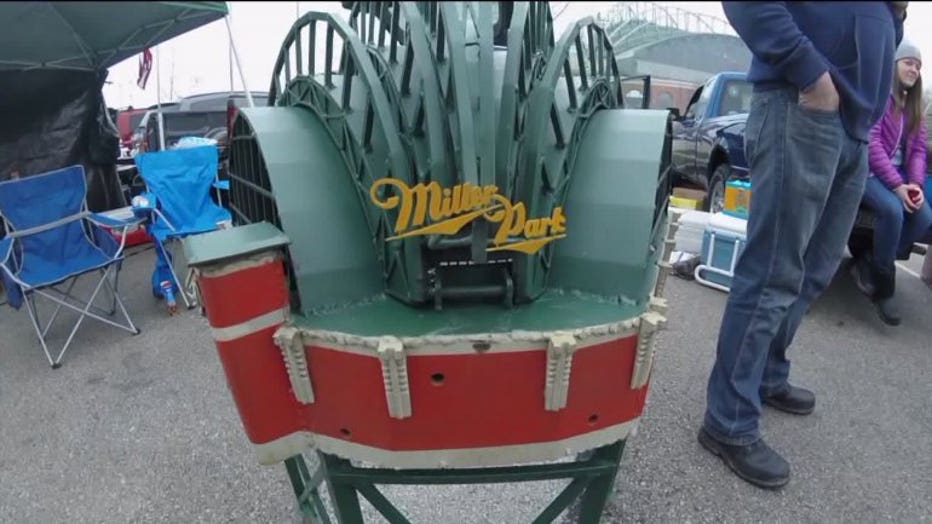 "I was not excepting such a response, but it's been awesome. (Miller Park) is a beautiful stadium and it seems like it lends itself well to a grill. Like, you have the nice roof -- everybody knows the roof, so I felt like it could work," Tyler said.

Tyler built it from scratch. 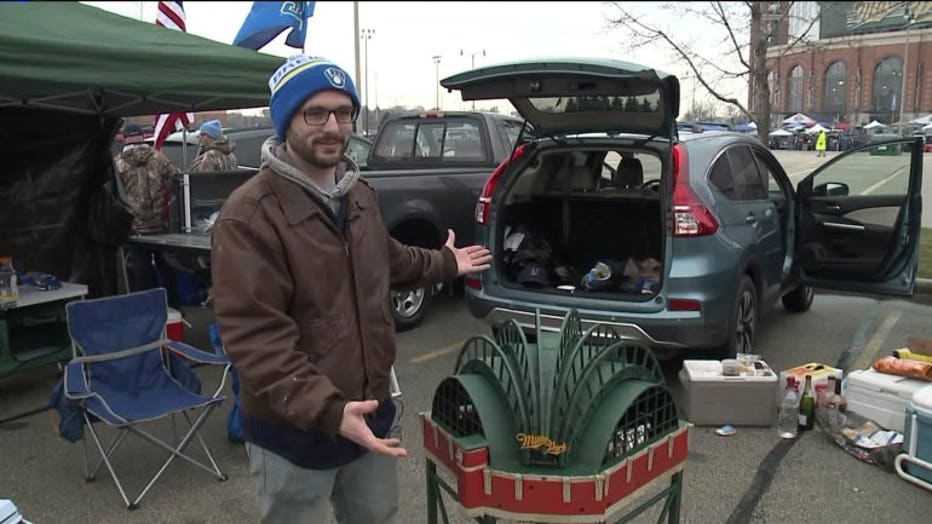 "I worked on it over a seven-year period. I started from the roof concept and worked down to the grill," Tyler said.

Not one detail was left out. The inside grill grates are shaped like a baseball diamond. 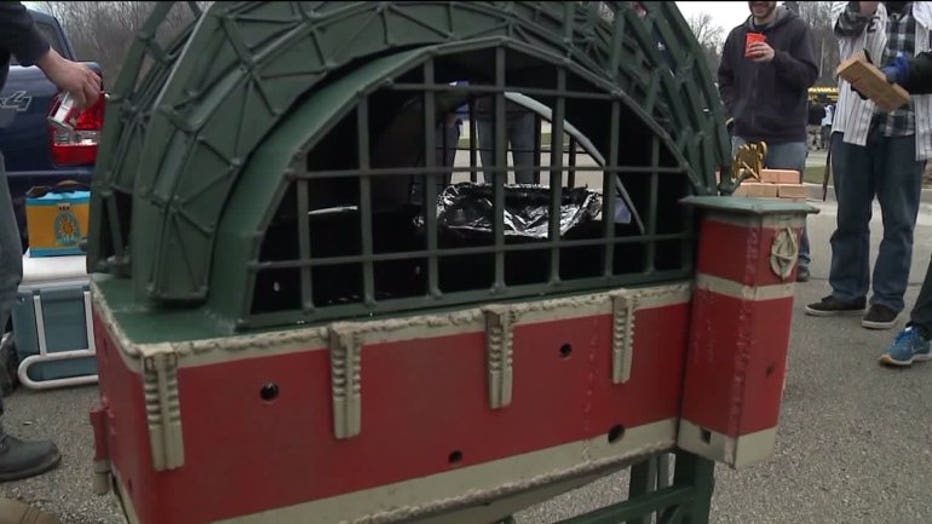 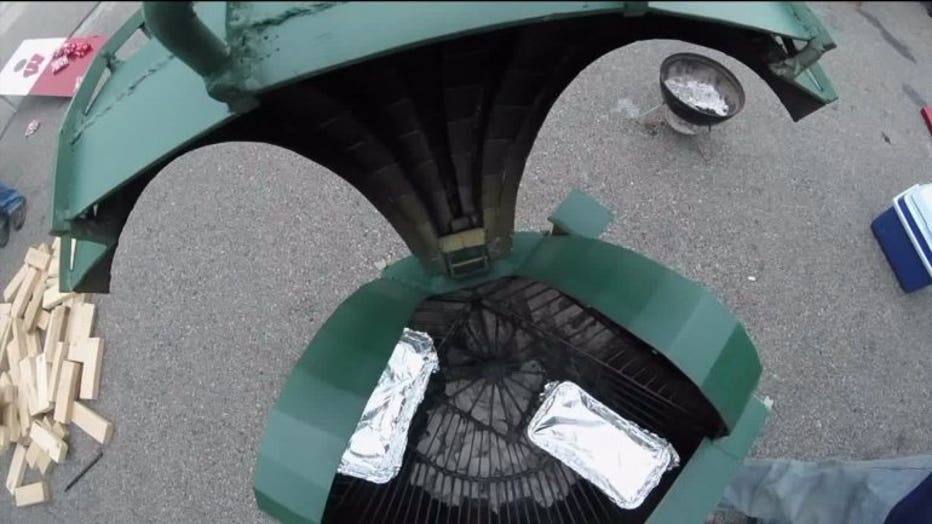 Tyler said the possibilities are endless:

"Lambeau is probably next!" Tyler said.

For those looking to party without packing their own tailgate, the new Brew Crew Bar was the place to be!

"We just heard the music and started walking to see what's going on," a fan said.

The Brew Crew Bar is the newest addition to the Brewers experience. It's a space dedicated to the fans, with music, games and drinks. 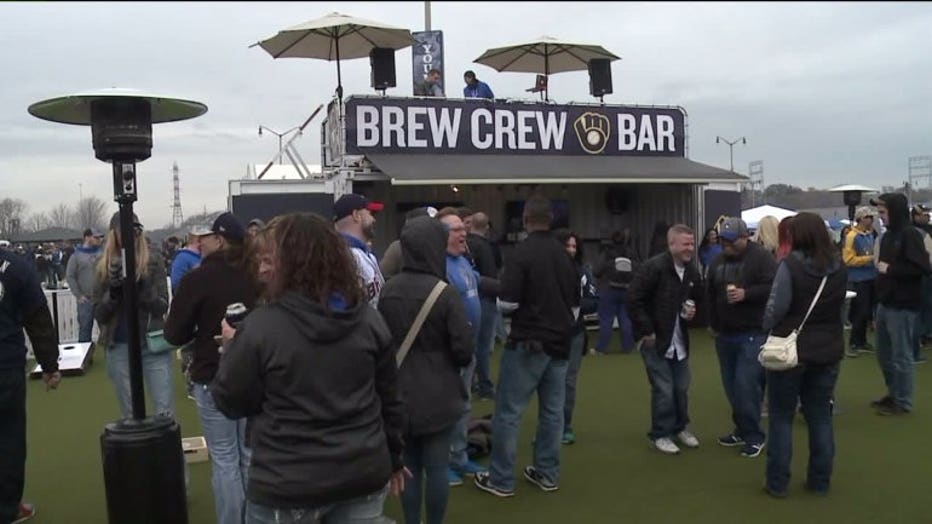 There were 150 people inside the tailgate area at the Brew Crew Bar within the first two hours of it opening Monday. Officials plan to be open for 40 different home games throughout the season, and it's free and open to the public.