MILWAUKEE - There are times in an athlete's life when Father Time comes calling, but as "The Basketball Tournament" nears, Father Time is holding off for now.

"You grow up in your driveway, and you countdown and try to win a championship on a last-second shot," said Travis Diener.

The dreams of a young Diener were realized many years after rehearsing the shot in his driveway when he hit the game-winning shot to give Marquette University its first championship in "The Basketball Tournament" in 2020.

"I get a lot of credit for that, but it was a great feeling for everybody and it’s one of those moments in my lifetime that I’ll never forget," said Diener.

This summer, Diener and the Golden Eagles alumni team will return to the TBT’s field of 64.

"You’ve got a target on your back," said Diener. "You’re the defending champs." 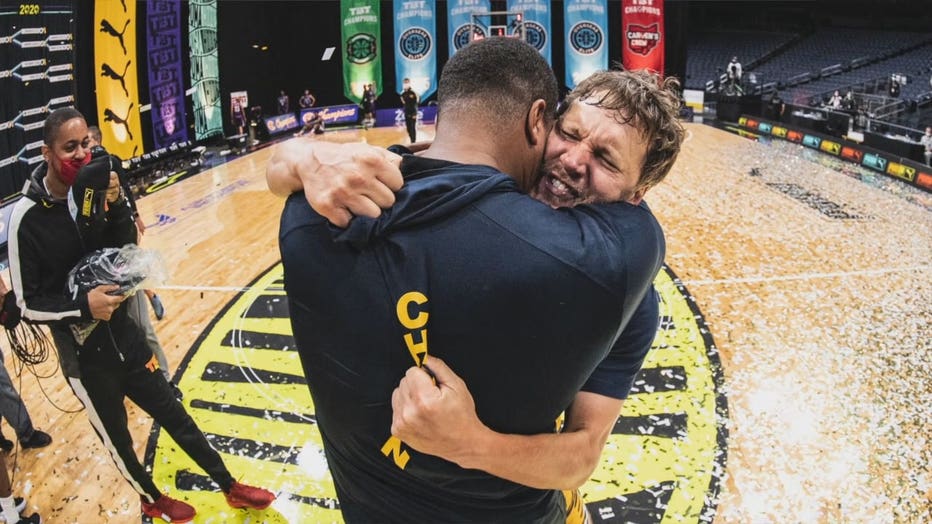 But at the age of 39, it wasn’t a guarantee that he’d be back to help defend the title, especially after injuring his calf early in the 2020 tournament.

"I missed the first two games. Fortunately enough, it healed for the semifinals and the championship," said Diener.

A year later, the body is feeling good and he’s working out at Athlete Performance in Mequon, a place he co-owns.

"I come out here every day, and the last three weeks playing with college guys and pro guys that have come back in town," said Diener. "We play every morning, and I feel a lot better than I probably thought I would, so it gives me good hope that I’ll be able to play."

Famously, his training regimen went viral after hitting a game winning shot in the 2019 TBT.

"I’m going to go back to the hotel and have about six Miller Lites," said Diener. 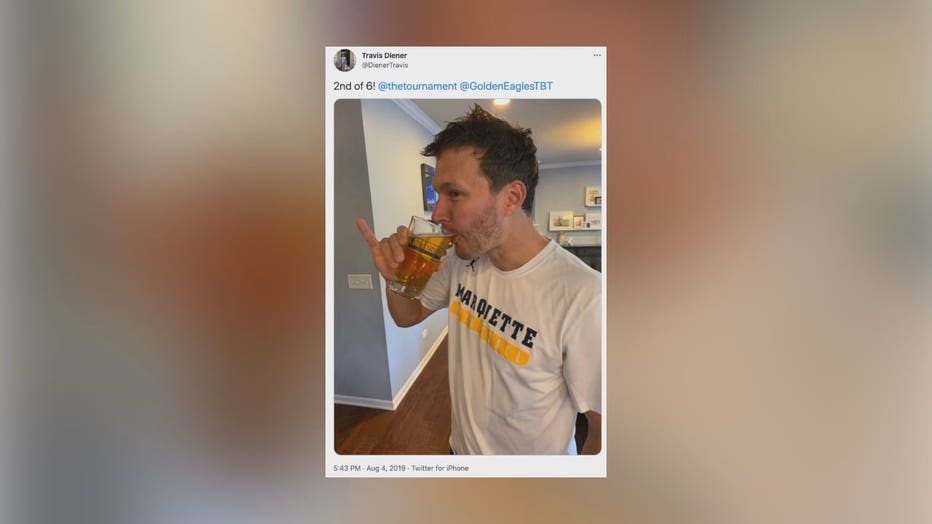 "I’m very honest, and I think my reaction, I think people blew that a little out of proportion," said Diener. "I’m just a guy that after I go home tonight, I’m going to have some beers. I wasn’t trying to be funny. I mean, it’s what I do. I’m going to enjoy a cocktail. I’m going to enjoy some beers and hang out with my family and enjoy life."

Enjoying life these days also includes the work he puts in at his gym with young players.

"To build this facility for the younger generation, it’s been a great joy for me," said Diener. "I think that’s the next step in my life to try and give back and try to help the next generation become as good as they can be."

So even at 39 and the father of four kids, Diener isn’t giving up basketball just yet. 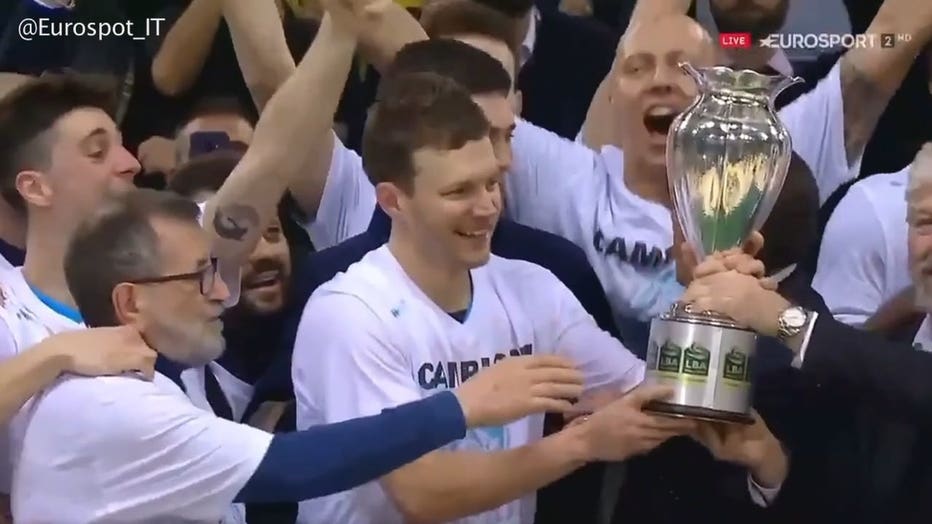 "I feel like I can play for a number of years," said Diener. "That’s kind of where I’m at. Now, am I going to go play professionally any time soon? Probably not. Probably finished professionally, but we’ll see with the TBT this year and then we’ll go from there.

The TBT tips off July 25 for the No. 1 seeded Golden Eagles in Peoria, Illinois. This year's tournament is a $1 million winner-take-all event.