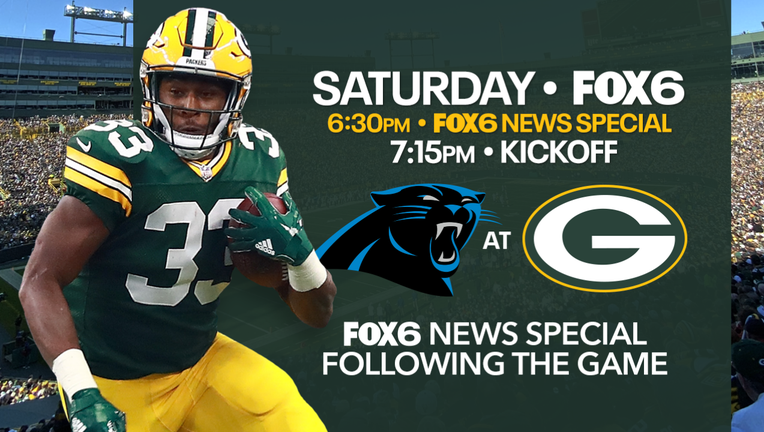 GREEN BAY, Wis. - The Green Bay Packers welcome the Carolina Panthers to Titletown for a primetime matchup on Saturday, Dec. 19. It's a game you can see only on FOX6.

According to Packers.com, five of the last six matchups between the teams have been decided by eight points or less, including a 24-16 victory by Green Bay last season at Lambeau Field. Overall, the Packers are 10-6 against Carolina (including playoffs), with wins in seven of the last 11 meetings.

This is just the third Saturday game for Green Bay in the last 23 seasons (1998-2020).
The Packers have won five of the last six regular-season games they played on Saturdays.

Green Bay is 17-13 in Saturday games during the regular season. The Packers' .567 winning percentage is tied for No. 6 among NFL teams that have played more than five regular-season Saturday games (stathead.com).

The Packers have teamed with the city of Green Bay to support the Green Bay Police Department's purchase of public safety technology by industry-leader Axon.