Steve Stricker was riding a high after captaining Team USA to a Ryder Cup victory. But two months later, his life was in a much different place.

But two months later, his life was in a much different place.

Now he's on his way back.

"It’s a special spot for us," said Stricker.

The season of major golf championships is underway on the PGA Champions Tour and Stricker is already in the win column.

"I enjoy the course," Stricker said. "I’ve had good luck there since I’ve played there."

Winning the Regions Tradition in Birmingham is becoming a tradition for Stricker as he’s won two of the last three with a second place in between. 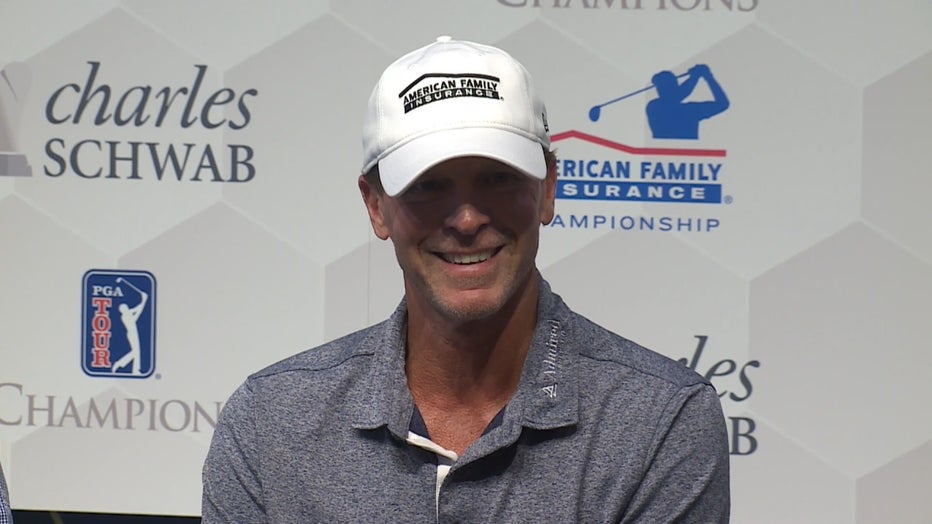 "Having Nikki on the bag, going around there, getting off to a good start, end of a three-week stretch for us, not knowing how I was going to finish off the three weeks, you know, health-wise, and if I was going to be strong enough to do it," said Stricker. "I passed with flying colors."

He’s now won four majors on the Champions Tour, with this one possibly being the most significant.

"It’s been a little bit of an up and down road," he said.

In November, Stricker was in a Madison hospital fighting a mysterious illness that caused inflammation around his heart making it beat out of rhythm. His white blood cell count spiked and his liver count plummeted.

"The doctors were phenomenal, all that," Stricker said. "But, you don’t want to be there. It’s not a place to be. But, yeah, learned a lot of things about life in general."

In January, when he was healthy enough to travel, he and his family went to Florida where his recovery began, and his perspective started to change.

"I wouldn’t trade that experience that I had just because I learned so much from it," said Stricker. "If you put me back in there in November time, during that timeframe, I wouldn’t want to be there. But looking back now, I learned a lot from it."

Much of his golf game now is reflective of where he was at the beginning of the year.

"My chipping and putting, my wedge play has been really good," Stricker said. "It’s always been a strength. But, I was able to spend so much time in January and February and that’s all I did was hit a lot of wedges, short irons, chip around the greens. I putted a lot. That’s all I could have done at the time. So, I’m kind of seeing the fruits of that labor paying off now."

As 2022 continues, he’s hoping that the focus on his illness doesn’t. Instead, he hopes it’s his game that holds people’s interest.

"I feel great," said Stricker. "My body isn’t quite the same. I’m still learning a few things about that because it’s changing all the time. I know I’m on a good path. I know that I’m improving. I know my health is good. I’m still getting checkups, regularly. Nothing’s come about that. It’s just now about getting stronger and getting my game progressing where I think it should be. And those things are."

Stricker has suffered a setback, testing positive for COVID-19 and having to withdraw from this week's Senior PGA Championship.

But, he's hoping to be back for his tournament, the American Family Championship, in Madison June 10.