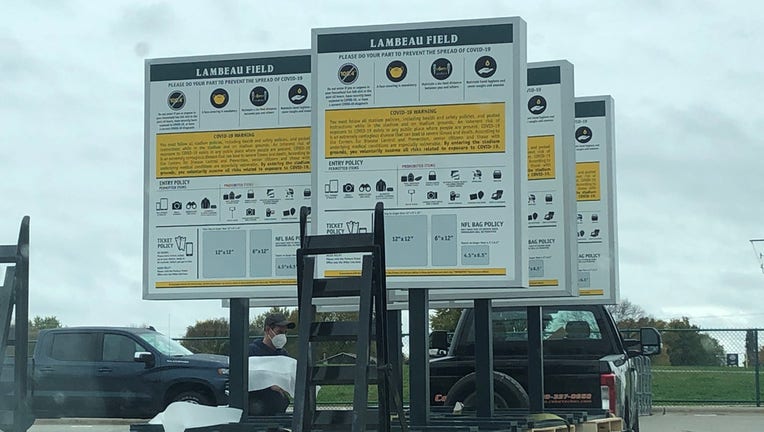 GREEN BAY, Wis. (WLUK) - Another sign – literally, in this case – that the Green Bay Packers are preparing for the possibility of fans attending games at Lambeau Field this season.

Days after FOX 11 reported the team’s concessionaire has reached out to non-profit groups to possibly serve fans at the Nov. 15 game, signs with COVID-19 directions and warnings to fans were spotted in the Lambeau Field lot according to a report from FOX 11.

In one section, the sign reads “By entering the stadium grounds, you voluntarily assume all risks related to exposure from COVID-19.” It also states “A face covering is mandatory.” 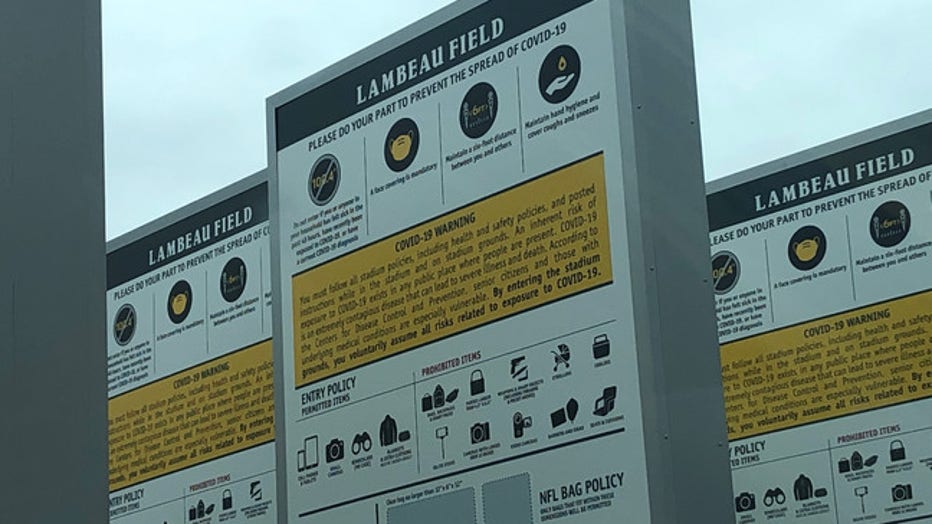 “The organization continues to evaluate the possibility of hosting fans at Lambeau Field for home games, however a decision has not been made,” said Aaron Popkey, director of public affairs for the Packers.

The team has not announced a timeline for when such a decision could be made or announced.

On Sunday, FOX 11 reported that Delaware North, the team’s concession partner, had sent a message to non-profit groups, asking them to lineup workers for the Nov. 15, in case they are needed. The letter said the team is estimating between 10-and-15,000 fans could be allowed, but that figure was not final.

The Packers recently announced all stadium transactions -- including concession stands -- would be cashless.