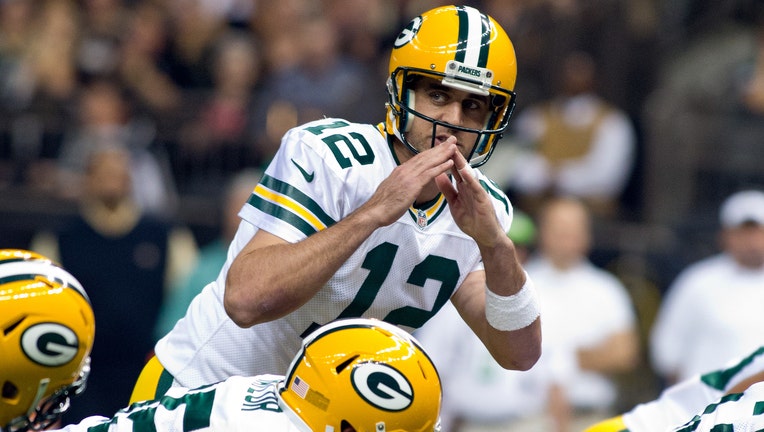 GREEN BAY, Wis. - Green Bay Packers quarterback Aaron Rodgers takes issue with the notion that a lopsided loss at Tampa Bay indicates opponents have caught on to adjustments their offense has made in coach Matt LaFleur’s second season.

“One out of five,” Rodgers said in response at the start of his Zoom session with reporters Wednesday.

Rodgers was indicating that Green Bay’s offense had just one subpar performance after four exceptional outings. The Packers had scored at least 30 points in each of their first four games and hadn’t committed a single turnover before their 38-10 pratfall against Tampa Bay.

“It’s on each of us individually to be critical and to learn and grow, and then collectively as a group it’s to move on,” Rodgers said. “At this point we’ve moved on. We’re on to Houston, and that’s the league. It doesn’t matter if you’re playing really well and winning the game, it’s the same thing. You can’t be dwelling on the past game, especially we’re at Wednesday already. We’re on to the next opponent and moving on.”

Texans coach Romeo Crennel says he expects the Packers won’t repeat the mistakes they made at Tampa Bay. Rodgers threw two second-quarter interceptions – including one Pick-6 – that helped the Bucs turn the game around after falling behind 10-0 early.

“You have to tell your team that basically that was a fluke because when you look at what they’ve done to that point, they’re putting a lot of points on the board, they’re winning easily,” Crennel said. “You take that fluke out of it and anticipate that they’re going to come back with a head of steam to prove that that was a fluke.”

Yet the Bucs game offered signs of trouble, particularly in how Tampa Bay’s front seven got to Rodgers in the backfield after Pro Bowl left tackle David Bakhtiari departed with a chest injury in the third quarter. Bakhtiari didn’t practice Wednesday and his status for the Texans game is uncertain.

Bucs cornerback Jamel Dean’s postgame comments also garnered attention. Dean told reporters that he knew what was coming on the play that resulted in his 32-yard interception return for a touchdown.

“I think that’s just something that DBs like to say to make it seem like they’re more of a student of the game than what they are,” Adams said.

This marked the first time Rodgers had thrown multiple interceptions in a regular-season game since getting picked off three times in a loss at Carolina on Dec. 17, 2017. He was intercepted twice in a 37-20 NFC championship game loss at San Francisco last year.

He threw just four interceptions during the regular season last year and was picked off twice in 2018. Rodgers was playing at an MVP level through the first four games of the season, completing 70.5% of his passes for 13 touchdowns with no interceptions, before going 16 of 35 with two interceptions and no touchdown passes at Tampa Bay.

“We can’t be feeling ourselves too much when it’s going good and too down on ourselves or kind of hanging our heads a little bit coming off a rough one,” Rodgers said. “We’ve got to deal with each of them – the highs and the lows – with a really even-keeled mindset and a good focus each week.”