After more than 30 with the Badgers as head football coach and, later, athletic director,&nbsp;Barry Alvarez will be retiring come summer.

MADISON, Wis. - Wisconsin Athletics Director Barry Alvarez is retiring after a three-decade run in which he transformed the university’s football team and later guided the Badgers to their greatest all-around sports success in school history.

The 74-year-old Alvarez said Tuesday he would retire on June 30.

"It has been an honor to be a part of Wisconsin athletics and I take great pride in all we have accomplished over the last three decades," Alvarez said in a statement. "From championships, to improvements on campus, to impacting thousands of student-athletes, it’s been a great ride."

Alvarez arrived at Wisconsin in 1990 as football coach and turned one of the Big Ten’s weakest programs into one of its strongest. He became athletic director in 2004 and briefly served in a dual role before stepping down as football coach after the 2005 season.

Wisconsin’s football team went a combined 9-36 in the four seasons before his arrival. Alvarez led the Badgers to three Rose Bowl titles and made them regular Big Ten contenders by emphasizing a strong defense and rushing attack.

"You all know about Barry's success as a football coach, but what's always intrigued me is his transition from the playing field to leading the entire program," said UW-Madison Chancellor Rebecca Blank.

Other Wisconsin programs had similar success during his stint as the Badgers’ athletic director.

Wisconsin teams won 16 national titles under Alvarez, though five of those came in women’s lightweight rowing, a sport whose championships aren’t sanctioned by the NCAA.

The Badgers also have won a total of 74 conference, regular-season or tournament championships with Alvarez as athletic director. Fourteen different teams have won conference titles during his regime.

Alvarez emerged as a national leader in college athletics. He was named a chair of the NCAA’s football academic enhancement group in 2008 and was on the College Football Playoff selection committee for three years. He was named the Under Armour athletic director of the year in 2017-18.

He was inducted into the College Football Hall of Fame in 2010.

There was also a culture change in Madison, where Alvarez helped upgrade various athletic facilities and brought in head coaches with Wisconsin ties like head football coach Paul Chryst.

"It's humbling and every time that you know, I had an opportunity to work for Coach Alvarez, you just want to do your part," said Paul Chryst, Wisconsin football coach.

Moving forward, replacing Alvarez will be a big task, with Deputy Athletic Director Chris McIntosh already a potential internal candidate. However, there will be a national search. 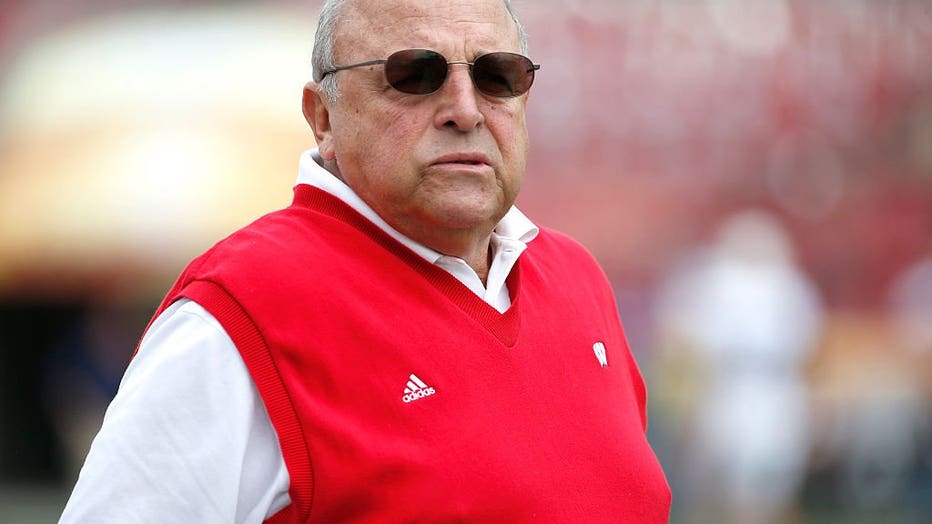 "(To the next AD) I would say learn Wisconsin," said Alvarez. "Understand the state, understand this university."

While the time to reflect comes later, now it’s all about the next chapter.

"I love Wisconsin," said Alvarez. "I love the fans. They've been great to me. I've had some unbelievable experiences here. I love this place."

"The state of Wisconsin is grateful for his decades of service to college athletics, his dedication to shaping successful student athletes, his leadership to the university and his countless contributions to the Badger State. His impact on college sports is unparalleled and will continue to shape future generations of student athletes. On behalf of the Wisconsin State Assembly, thank you."

The Baylor Bears pulled off a stunning 86-70 rout of the overall No. 1 seed for the first men's basketball title in school history.

The Milwaukee Brewers and City of Milwaukee officials announced on Monday, April 5 they are teaming up to crush the COVID-19 pandemic.