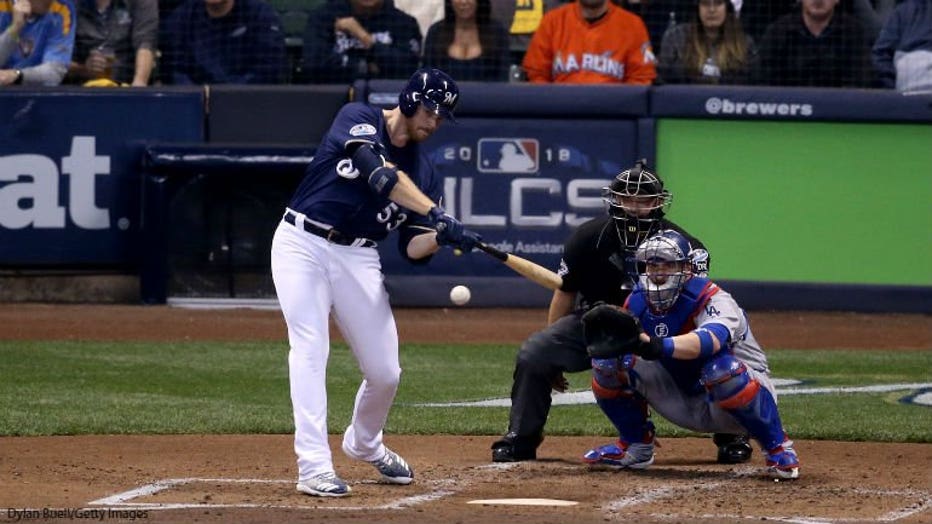 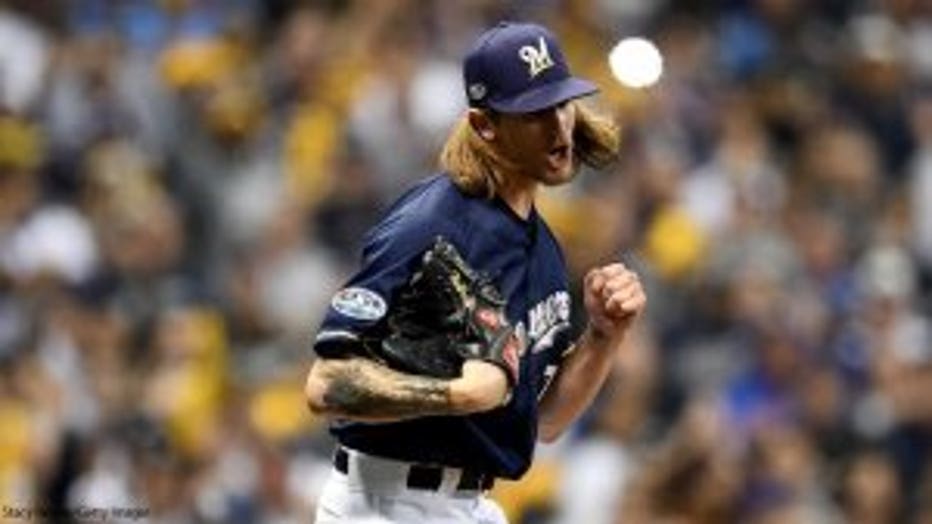 MILWAUKEE, WI - OCTOBER 12: Josh Hader #71 of the Milwaukee Brewers reacts after closing out the sixth inning against the Los Angeles Dodgers in Game One of the National League Championship Series at Miller Park on October 12, 2018 in Milwaukee, Wisc

Hard-throwing Josh Hader and the Brewers earned their 12th straight win, one shy of the franchise record set to open the 1987 season.

The Dodgers scored three times in the eighth to make it 6-4, then nearly tied it in the ninth. Chris Taylor hit an RBI triple off center fielder Lorenzo Cain's glove with two outs before Corey Knebel fanned Justin Turner to end it.

Kershaw was chased before he could retire in the fourth inning.

Game 2 is Saturday at Miller Park, with Wade Miley pitching for the Brewers against Hyun-Jin Ryu. 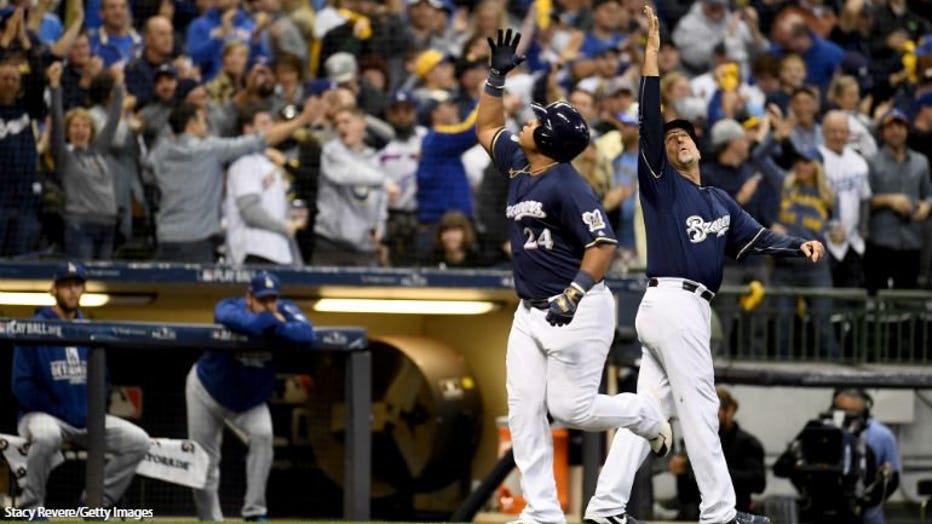 MILWAUKEE, WI - OCTOBER 12: Jesus Aguilar #24 of the Milwaukee Brewers celebrates after hitting a solo home run against Julio Urias #7 of the Los Angeles Dodgers during the seventh inning in Game One of the National League Championship Series at Mill