LOS ANGELES -- New polling released by the Associated Press and FOX News has found President Donald Trump’s approval rating in decline amid the ongoing COVID-19 pandemic and protests against racial injustice that have been sweeping the nation. 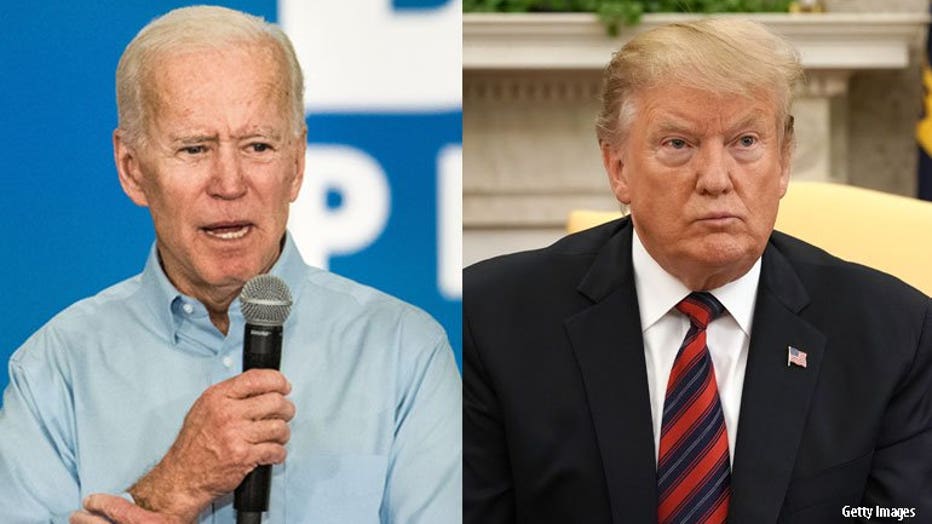 During interviews that were conducted between June 13-16, consisting of a random national sample of 1,343 registered voters, participants were asked various questions regarding how they feel about President Trump’s performance in things like the economy, health care and race relations.

In the head-to-head match-up, the poll found Biden leads President Trump by a 50-38 percent margin. That 12-point advantage is statistically significant, and up from Biden’s 8-point lead last month (48-40 percent).

The fallout from the novel coronavirus pandemic has been sweeping. Beyond the public health risks, the economy suffered from a sudden jolt as states implemented strict stay-at-home orders. Though some of those restrictions have started to ease and businesses in many places are now beginning to open, the unemployment rate still sits at 13.3%.

The nation has also been jarred by the deaths of George Floyd and other black Americans during encounters with police, which prompted protests across the nation. President Trump responded aggressively to the protests, some of which became violent, and vowed to send the military into states that couldn’t contain the demonstrations. The Pentagon publicly opposed that step and it was never carried out.

Amid the ongoing COVID-19 pandemic and nationwide protests against police brutality, more voters see Biden as empathetic and respectful, according to the FOX News poll.

Forty-seven percent said the phrase “cares about people like me” describes Biden compared to 37 percent who said it fits President Trump.

And among voters extremely interested in the election, Biden topped President Trump by 53-42 percent.

The FOX News poll follows a separate recent poll from the Associated Press, which found that Americans are deeply unhappy about the state of their country, citing President Trump as a factor exacerbating those concerns.

Just 24 percent said the country is headed in the right direction, down from 33 percent a month ago and 42 percent in March. That’s when the COVID-19 pandemic began taking hold in the U.S., killing nearly 120,000 Americans to date and upending most aspects of daily life.

Overall, 37 percent of Americans said they approve of President Trump’s handling of the coronavirus outbreak — a dip from 44 percent in March.

The protests over police brutality against black Americans have proven to be a particularly searing moment for the nation, as well as President Trump’s presidency. And he gets low marks for his handling of them in the AP-NORC poll.

A majority of Americans — 54 percent — said President Trump has made things worse during the unrest following the death of Floyd, an unarmed and handcuffed black man who died after a white police officer knelt on his neck for nearly eight minutes. Seventy-two percent of black Americans and 51 percent of white Americans think President Trump has made things worse following Floyd’s death.

Views of President Trump are particularly negative among black Americans, a group that votes overwhelmingly for Democrats, but one with which the president has been focused on boosting his support ahead of November.

President Trump’s overall approval rating during this moment of tremendous upheaval sits at 39 percent. Though that’s down slightly from the 43 percent who approved of his job performance in February and March, it’s well within the narrow range where his ratings have stayed throughout his time in office. That suggests that the president’s most enthusiastic supporters have remained loyal throughout the pandemic and other crises.

The president’s strongest ratings continue to center on the economy, as has been the case throughout his tenure. About half of Americans say they approve of President Trump’s handling of the economy.

Still, that’s down somewhat from 56 percent approval in March — a warning sign to President Trump, who planned to run for reelection on a booming economy, that Americans are attuned to the shifting economic landscape. Even with the dip in the unemployment rate as some businesses reopen, economic forecasts for the rest of the year remain uncertain, particularly as new virus hot spots emerge. President Trump’s economic argument has shifted to focus on promises about what the nation’s financial situation could look like in 2021 if he’s given a second term in office.

FOX News and The Associated Press contributed to this story.