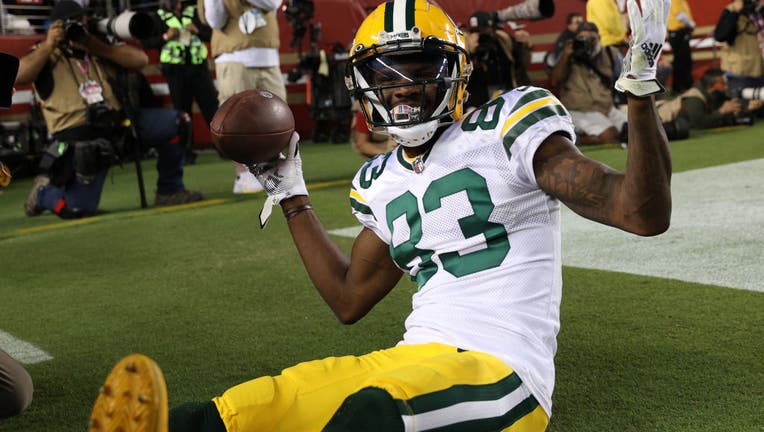 Marquez Valdes-Scantling celebrates after catching a touchdown pass against the San Francisco 49ers at Levi's Stadium on Sept. 26, 2021. (Photo by Ezra Shaw/Getty Images)

The Packers announced Saturday they had placed Valdes-Scantling on injured reserve and had elevated wide receiver Equanimeous St. Brown from the practice squad to the active roster for Sunday’s game with the Pittsburgh Steelers as a COVID-19 replacement.

The injured reserve designation means that Valdes-Scantling must miss at least the Packers’ next three games.

Valdes-Scantling has six catches for 76 yards and a touchdown this season. His lone touchdown came in the Packers’ 30-28 triumph over the 49ers before he got hurt.

FOX6's Lily Zhao went one-on-one with Packers wide receiver Marquez Valdes-Scantling to get his thoughts after the win over the 49ers.

You asked, and Culver's is replying! The Curderburger will be a thing -- available on Oct. 15.