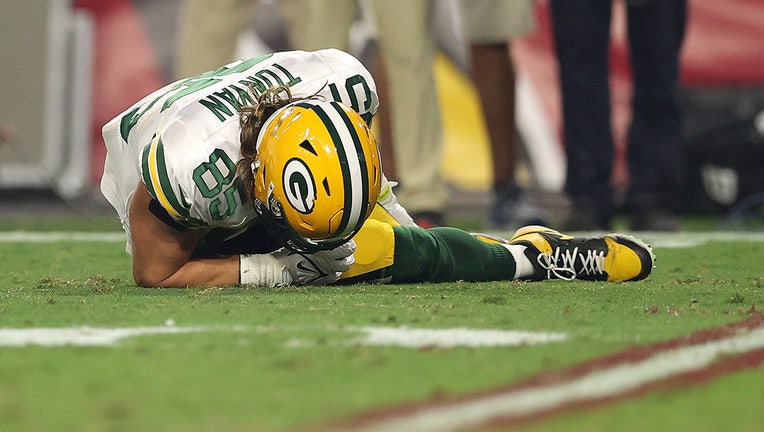 GLENDALE, ARIZONA - OCTOBER 28: Robert Tonyan #85 of the Green Bay Packers is injured on a play during the second half of a game against the Arizona Cardinals at State Farm Stadium on October 28, 2021 in Glendale, Arizona. (Photo by Christian Peterse

Players from the Green Bay Packers and Arizona Cardinals had to be carted off the field on Thursday night during their game after colliding in the third quarter.

The Green Bay Packers and Arizona Cardinals are meeting at State Farm Stadium on Thursday, Oct. 28 – the first prime-time regular-season game between the two teams.

Kathy Lazarro talks about being a Packers super fan.