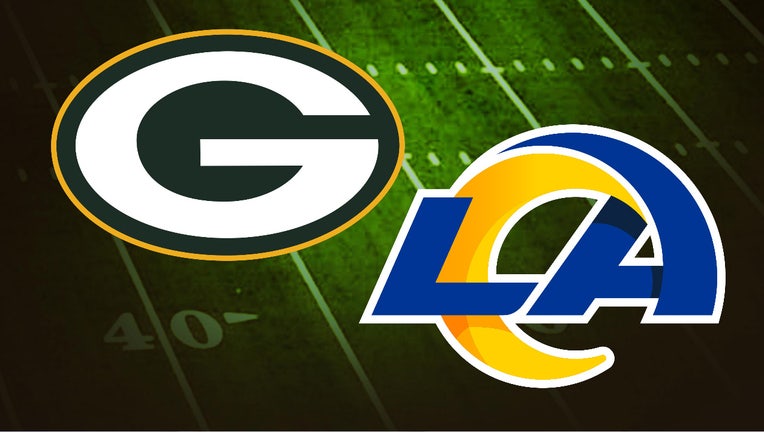 GREEN BAY, Wis. - The NFC North-leading Green Bay Packers (8-3) host the Rams (7-3) on Sunday in a rematch of an NFC divisional playoff game from last season. The Packers won that game 32-18. 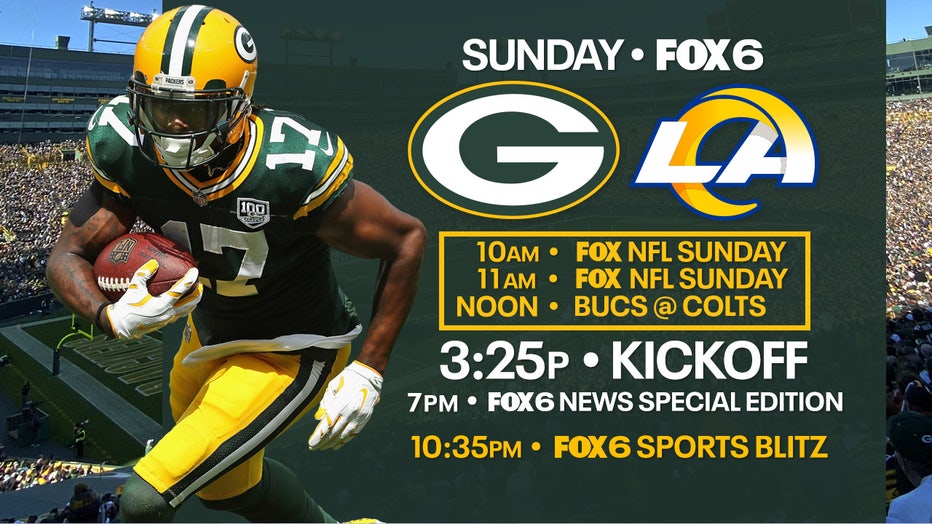 "They’re one of the best," Rams coach Sean McVay said. "They’ve been one of the best for the last handful of years. You could argue that they’ve been the standard in the NFC, going 13-3 in the last two years and then losing the conference championship game. We’ve got to be ready to go."

Much has changed in the 10 months since their playoff matchup. The most notable difference is the Rams now have Matthew Stafford at quarterback instead of Jared Goff.

"I would say there’s not a throw that he can’t make," Packers coach Matt LaFleur said. "Obviously they’re being very aggressive, they’re the most explosive offense, I want to say, in the National Football League. I think they’re first in yards per play, so I think it’s not only him but it’s the cumulative effect of all the players they have. They’ve got a lot of great players."

The Rams have added outside linebacker Von Miller and wide receiver Odell Beckham Jr. among others. They’re also healthier than during their playoff run last season.

Cooper Kupp wasn’t available for the playoff game at Green Bay but has developed into the NFL’s most prolific receiver this year. Aaron Donald, the Rams’ three-time Defensive Player of the Year, was limited by a rib injury in the postseason; he's healthier now.

The tandem of Donald and Miller will challenge a Packers line that is still missing 2020 All-Pro tackle David Bakhtiari and just lost Elgton Jenkins to a season-ending knee injury. Green Bay’s starting left tackle Sunday will be Yosh Nijman, who started three games there earlier this season when Jenkins was out with an ankle injury.

"Last year, I don’t think Donald was 100% and they didn’t have Von Miller," Packers quarterback Aaron Rodgers said. "Obviously, they added him to the mix, and a healthy Aaron Donald is a menace to any offense he goes against. We’re going to have to have a good plan for the protection."

Both the Packers and Rams are looking to bounce back.

The Packers have dropped two of their last three games and are coming off a 34-31 loss at Minnesota. The Rams had last week off, but have lost their last two games.

Green Bay hasn’t dropped back-to-back games within the same season during LaFleur’s three-year tenure. The Rams have lost three straight games just once under McVay, who is in his fifth season.

Rodgers has taken limited practice reps again this week due to a toe injury that he revealed Wednesday was a fracture.

Last week, Rodgers only practiced on Wednesday but still threw for 385 yards and four touchdowns against the Vikings.

The Rams’ two high-profile midseason additions should play increased roles in Green Bay, if Los Angeles’ coaches have their way.

McVay says the Rams "expect to see a lot of" Beckham, who got two catches on 15 snaps in his rushed Los Angeles debut before the off week. The Rams need the three-time Pro Bowl selection’s help with Robert Woods injured and out for the season.

This game will feature a showdown between 2020 All-Pros whenever Packers receiver Davante Adams lines up against Rams cornerback Jalen Ramsey. Adams had nine catches for 66 yards and a touchdown against the Rams last season.

Adams downplayed the matchup by noting they might not be facing off one on one very often Sunday.

"It’s all of us versus the defense," Adams said. "It’s not going to be the Davante/Jaylen Ramsey show. I would love if it was, but that’s just not the way defenses have shown that they’re going to play us."

The Rams have rarely used Ramsey in one-on-one coverage matchups consistently this season, preferring to move him all around the defensive scheme to meet Los Angeles’ needs on particular plays. But McVay said last week it’s possible Ramsey will get more coverage-specific assignments, particularly if an opponent’s top wideout is having a big game against the Rams.

LaFleur worked as offensive coordinator on McVay’s Rams staff in 2017, and they previously worked together for four seasons as Washington assistants.

There’s another connection between the two staffs this year. Packers defensive coordinator Joe Barry was the Rams’ assistant head coach/linebackers coach from 2017-20.

The Green Bay Packers have sold more than $41 million worth of stock in just over a week into their sixth stock offering in franchise history.

Milwaukee Bucks star Giannis Antetokounmpo has a reputation for dunking basketballs, but recently revealed his loved for dunking Oreos in milk.

The TSA found a loaded gun inside a passenger's bag at Milwaukee Mitchell International Airport after it passed through an x-ray machine.