The president said he would love to see NFL owners fire players who kneel during "The Star-Spangled Banner." Several athletes, including a handful of NFL players, have kneeled to protest treatment of blacks by police.

"It's unfortunate that the President decided to use his immense platform to make divisive and offensive statements about our players and the NFL. We strongly believe that players are leaders in our communities and positive influences. They have achieved their positions through tremendous work and dedication and should be celebrated for their success and positive impact. We believe it is important to support any of our players who choose to peacefully express themselves with the hope of change for good. As Americans, we are fortunate to be able to speak openly and freely." 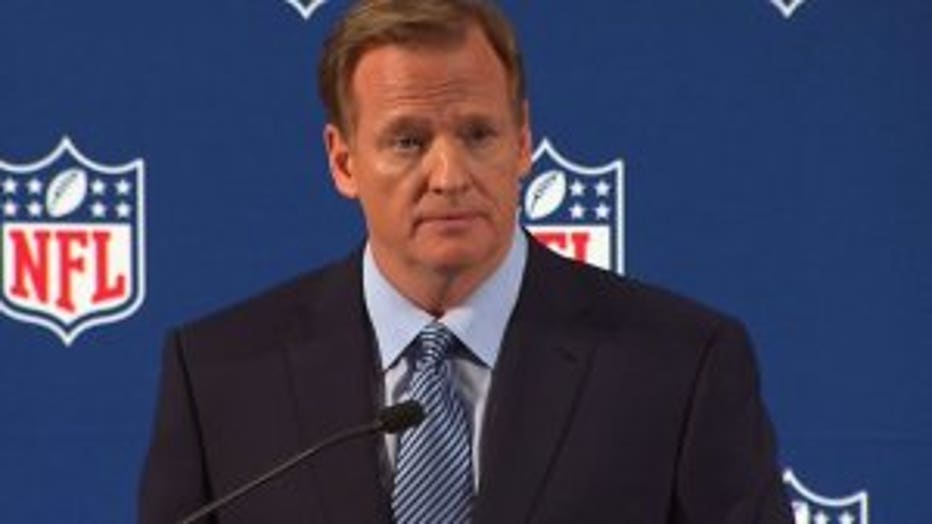 NFL Commissioner Roger Goodell said Saturday that Trump's comments about players who kneel during the national anthem are "divisive" and show an "unfortunate lack of respect."

On Twitter later in the day, Trump said Goodell "put out a statement trying to justify the total disrespect certain players show to our country. Tell them to stand!"

The executive director of the NFL players' union is responding to President Donald Trump's comments about players who kneel during the national anthem, saying no one should have to "choose a job that forces them to surrender their rights."

NFL Players Association Executive Director DeMaurice Smith says in a statement that demonstrations are "protected speech" that has prompted "thoughtful discussions in our locker rooms and in board rooms." Smith added, "The line that marks the balance between the rights of every citizen in our great country gets crossed when someone is told to just 'shut up and play.'"