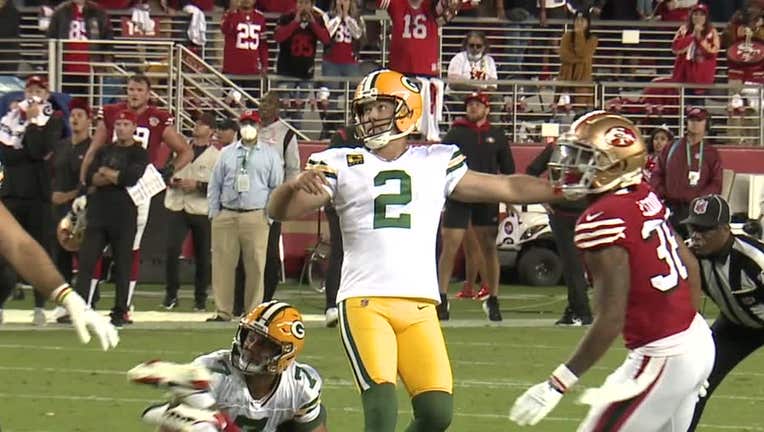 With a dynamic offense and fearsome pass rush leading a stout defense, he just wants to avoid catastrophes in the kicking game.

"My number one goal is to not lose on special teams," Shanahan said. "It means I’m not just going into games trying to dictate the flow games through fakes. I usually want to depend on offense, but special teams, the starting point is to not lose it, to not turn the ball over, to make sure we get the ball back."

The 49ers have done a poor job of that this season with mistakes on special teams being a constant irritant, playing a significant role in several games.

They overcame a roughing the punter penalty and a converted fake punt in last week's 23-17 wild-card win over the Cowboys.

Special teams could play a big role again on Saturday night when the Niners (11-7) visit the Green Bay Packers (13-4) in a matchup of two of the league's worst performing special teams units.

According to efficiency metrics from Football Outsiders, the Packers ranked last in the NFL on special teams this season with the Niners only slightly better at No. 26.

"I just look at the tape," 49ers special teams coordinator Richard Hightower said. "I don’t really look at any of that stuff that you’re referring to. I just look at tape and I see some really good players on tape. ... So you never want to go into any game with any preconceived notions. You want to go into every game, it’s its own game. We’re going in with full respect for our opponent just like any other game."

The Packers haven't exactly earned that respect this season as they have struggled in nearly every aspect of special teams a year after coach Matt LaFleur fired coordinator Shawn Mennenga and promoted Maurice Drayton to replace him.

They allowed a 97-yard punt return to Jakeem Grant and failed to recover an onside kick in Week 14 against Chicago.

Even the usually reliable Mason Crosby had his issues kicking. He had made a franchise-record 27 straight field goals going back to last season until he missed three field goals and an extra point in a Week 5 win at Cincinnati.

That began a stretch when Crosby missed 8 of 14 field-goal tries, including two more in a Week 9 loss at Kansas City when they also committed a turnover on a punt return.

Crosby has been better late this season, making 10 of 11 the past six games but most have been of the short variety, and he also missed an extra point in the regular-season finale. 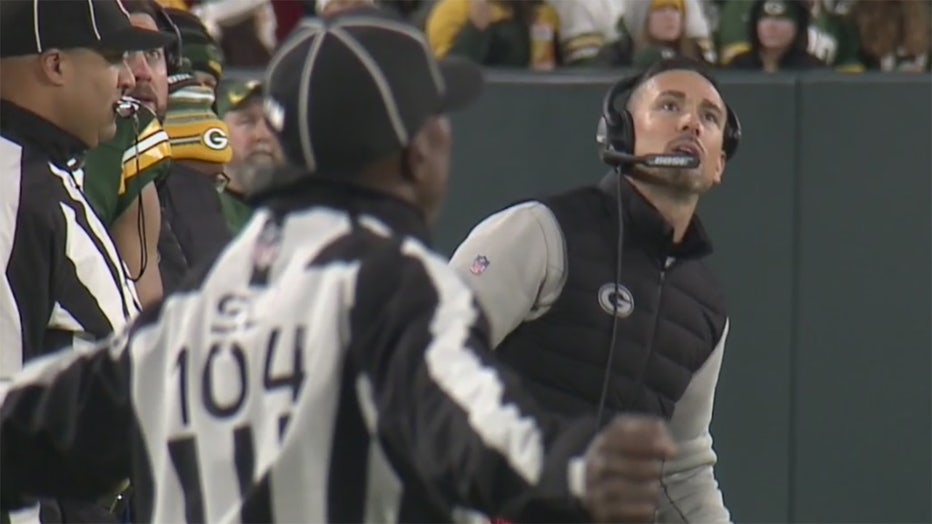 The Packers also have struggled in the return game and had the seventh-worst starting field position after kickoffs this season.

"We started out the year in a decent position, and was trending up," Drayton said. "That third quarter of the season is when we really hit a slump, and we started having things happen to us on the regular that quite frankly can’t happen. But over the last three weeks, we’re definitely trending up."

The 49ers have had their own problems. They allowed a 73-yard fake punt run for a touchdown in a Week 13 loss at Seattle and also lost a fumbled kickoff in that game.

They also allowed a kick return touchdown against Minnesota, fumbled another kickoff in the first meeting against Seattle and failed to recover an onside kick in the opener against Detroit.

Kick coverage has been an issue all season as the Niners have allowed opponents to start their average drive after kicks at the 27-yard line, second worst in the NFL in the regular season.

The one bright spot on special teams of late for the 49ers has been the dependability of kicker Robbie Gould. He delivered two big punts in a playoff-clinching Week 18 win over the Rams after Mitch Wishnowsky went out with a concussion and was his usual reliable self as a place kicker last week against the Cowboys.

Gould made all three field-goal tries, including a playoff record-tying two from at least 50 yards, and improved to 18 for 18 on field goals in his playoff career, the most makes for any kicker without a miss in the postseason in NFL history.

"Usually December and January are Robbie Gould’s months," Hightower said. "His birthday’s in December, so he’s locked and loaded."

Tickets for the Green Bay Packers' divisional playoff game against the San Francisco 49ers at Lambeau field are still available.