FOX6's Lily Zhao goes one-on-one with FOX Sports commentator Chris Myers to get a more in-depth view of the Packers and 49ers.

The Packers had split their first two games – a blowout loss to New Orleans and a home victory over Detroit – before visiting San Francisco for a Sunday night matchup. After getting the ball at Green Bay’s 25-yard line with 37 seconds and no timeouts left, Aaron Rodgers drove the Packers into position for Mason Crosby’s 51-yard winning field goal as time expired.

That 30-28 victory was part of a seven-game winning streak that helped the Packers win a third straight NFC North title. Nearly four months after that Sept. 26 thriller, the Packers (13-4) and 49ers (11-7) meet again Saturday night in an NFC divisional playoff game.

"Getting that win streak and getting everything rolling, it was huge, the implications on the NFC and the standings," Packers running back Aaron Jones said.

The Packers used that game as a catalyst to earn the NFC’s No. 1 seed, which included a first-round bye and home-field advantage for the conference playoffs. Saturday’s forecast in Green Bay calls for a high temperature of 21 and a low of 5 with a 50% chance of snow.

"Hoping for a loud crowd that has a nice enjoyable afternoon, maybe doesn’t go too hard, leaves some room for some enjoyment from like 7-10:30 p.m. on Saturday night," Rodgers said. "It’s an exciting opportunity to be back at Lambeau for a playoff game in prime time."

Quite a bit has changed since these teams last met.

Samuel, an All-Pro receiver, has since become a major factor in the 49ers’ ground attack and teamed up with Mitchell for 168 yards rushing on 37 carries in a 23-17 victory at Dallas on Sunday. They could bother a Green Bay run defense that allowed three of its last five opponents to gain at least 5 ½ yards per carry.

Two seasons ago, the 49ers rushed for 285 yards in a 37-20 NFC championship game victory over the Packers. Raheem Mostert, who ran for 220 yards and four touchdowns that day, won’t be available Saturday after suffering a knee injury in the 49ers’ season opener. 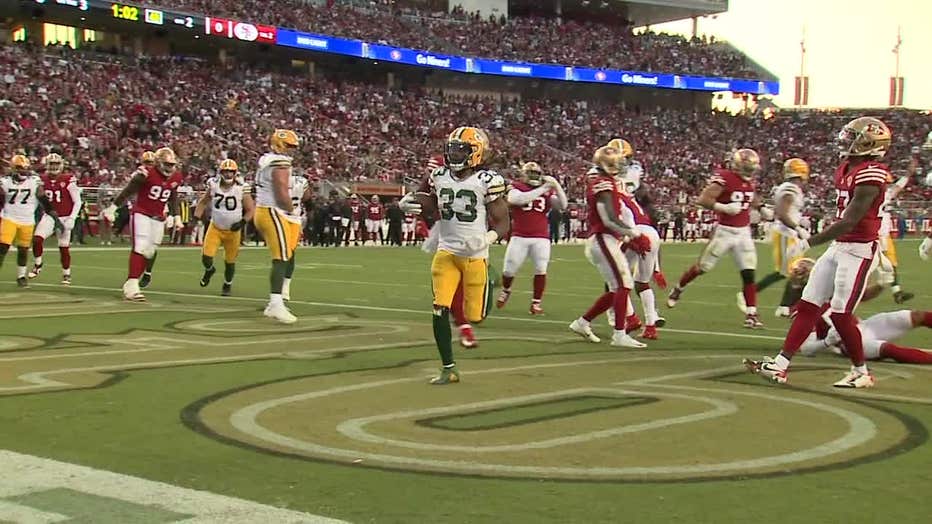 The changes for the 49ers aren’t restricted to the running game.

Rookie cornerback Ambry Thomas was left inactive for the loss to the Packers but has since become a vital contributor. Jauan Jennings, who has emerged as a reliable third-down target late in the season, played just three offensive snaps in the regular-season loss to the Packers.

"It’s just nice to see when a team’s executing better," 49ers coach Kyle Shanahan said. "When you feel like guys are practicing, playing better together as a unit. And I think we’re in a better spot now than we were at that time."

One thing that hasn’t changed about the 49ers: They’re still capable of delivering major comebacks. 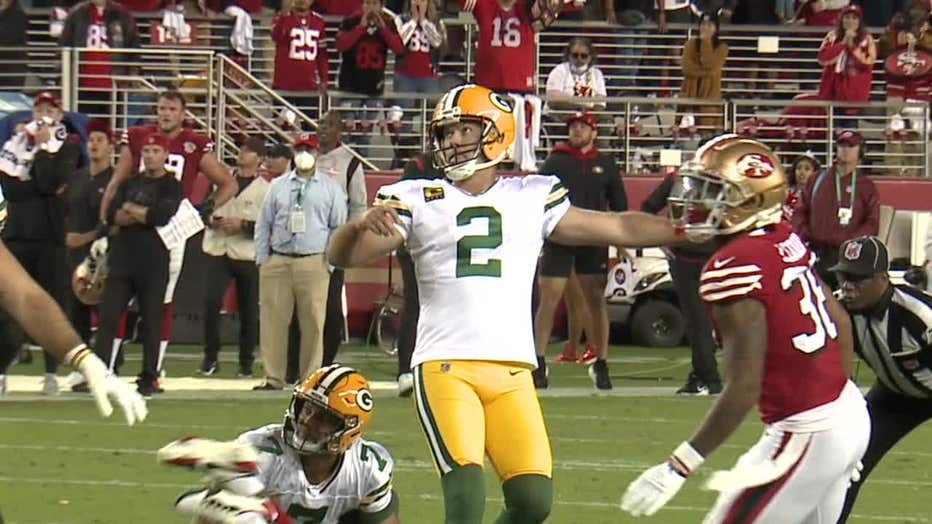 They trailed Green Bay 17-0 back in September but took a 28-27 lead in the final minute before Rodgers and Crosby came through. The 49ers fell behind 17-0 again in the final week of the regular season but secured a playoff berth by coming back to beat the Los Angeles Rams 27-24 in overtime on the road.

The 49ers followed that by grabbing a 23-7 lead at Dallas and holding on for the victory. A third straight road upset this weekend would send the 49ers to the NFC championship game.

"If you look at them as of late, this is a confident group," LaFleur said of the 49ers. "You can see it on tape. You can see it in how they’ve played. We’re going to have to play every play like it’s our last play for the duration of the game."

The Milwaukee Admirals are giving away two pairs of tickets to Saturday's Packers playoff game at Lambeau Field.

The Green Bay Packers will face the San Francisco 49ers in the NFC Divisional playoff at Lambeau Field.