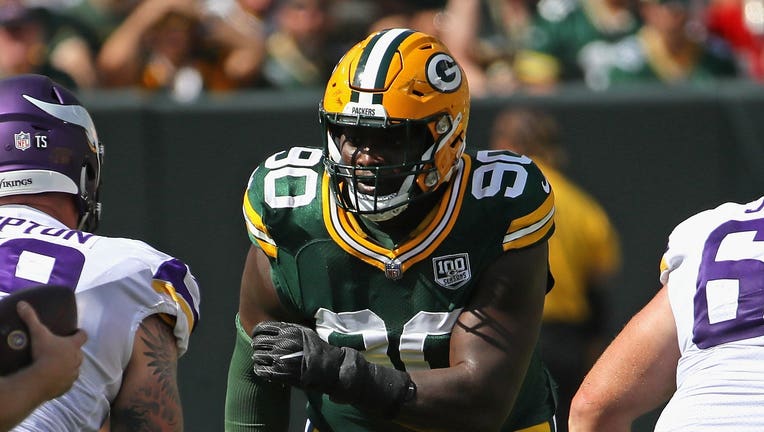 GREEN BAY, Wis. (AP) - Green Bay Packers reserve defensive lineman Montravius Adams is expected to miss the rest of the season because of a toe injury.

The Packers placed Adams on injured reserve Wednesday, a move that requires him to sit out at least three games. Packers coach Matt LaFleur said Thursday he doesn’t expect Adams to return this season.

“It doesn’t bode well for ‘Mon’ being able to come back,” LaFleur said. “Again, he’s a guy that’s battled through it, and I just think it’s going to be one of those where we’re probably going to have to shut him down.”

The injury had prevented Adams from playing Sunday in a 34-31 overtime loss at Indianapolis. Adams also missed the Packers’ season-opening victory at Minnesota with a toe injury, and LaFleur said it’s the same toe that’s bothering the lineman now.

Adams, a 2017 third-round draft pick from Auburn, has played in eight games this season and has 11 tackles. Two of those tackles were behind the line of scrimmage.

“I thought ‘Mon’ did a lot of great things this year in just limited action, just his ability to endure and fight through and the effort that he gives every time he’s out on the grass, I thought was exceptional,” LaFleur said. “It’s just unfortunate and (he’s) somebody we’ll miss.”

In other injury-related news, wide receiver Davante Adams (ankle) didn't practice Thursday and center Corey Linsley (back) was a limited practice participant. LaFleur was cautiously optimistic both players would be available Sunday night when the Packers (7-3) host the Chicago Bears (5-5).

“I do think that those guys will be able to go,” LaFleur said. “I know it’s a process. We’ll see where they’re at by the end of the week. But we’re hopeful that Corey can make it back. I think ‘Te,’ we’re just going to be cautious with him. Both those guys are such an important part of our team and we need them available to be at our best. But we’re hopeful that will happen.”

Pushing and shoving, in a good way, is very much part of what the Packers do. They are into the collective celebrations.

It is a historic rivalry that former Packers wide receiver knows all too well. He joined FOX6's Tim Van Vooren for a look ahead at Sunday's showdown.