On the FOX6 Blitz, Lily Zhao went one-on-one with Packers running back Aaron Jones to get his thoughts on Jordan Love's NFL debut and how they're going to prepare this week for the Seahawks.

FOX6's Lily Zhao: "The Packers are currently 7-2 and joining me to talk about the Chiefs game is Packers running back Aaron Jones and Aaron I want to ask you, how are you doing? How was this last week for you considering Aaron Rodgers tests positive for COVID, he gives his views on the vaccination, and Jordan Love makes his first start. How're things going?"

"Things are going good you know, just keeping the main thing the main thing and that's football, so we're moving onto Seattle now and just focusing up and trying to get this W," said Aaron Jones, Packers running back.

FOX6's Lily Zhao: "I'm sure every player, yourself included, remembered their first career start so after that game with Jordan, even though it was a loss, what did you guys say to the young quarterback?"

"That we're proud of him," said Jones. "That he's a competitor. He battled four quarters and he got better as the game went on and you could tell he got more comfortable and settled in. I said that we're proud of him and that he has a bright future, so keep his head up." 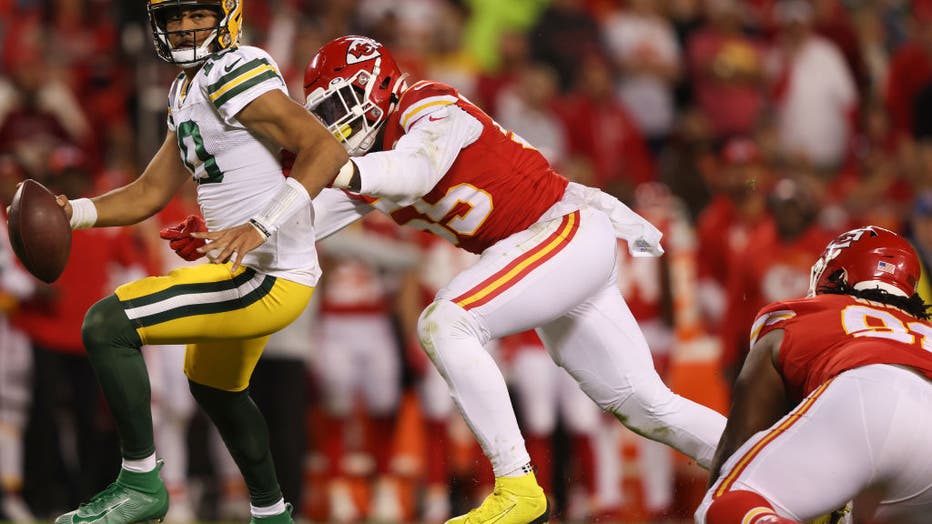 FOX6's Lily Zhao: "I know a loss is a loss, but what was the mentality of your team after that game considering you know what, it was close, your defense was playing really well, you guys get Aaron Rodgers back eventually and you're still atop the NFC North?"

"We felt like we should've won the game," said Jones. "We feel like we outplayed them for most parts of the game on both sides of the ball, but we came up a little bit short so little disappointed in that aspect, but happy that we continued to battle through adversity."

FOX6's Lily Zhao: "Now that we're past the midway point of the season, give me your grade of this Packers offense."

FOX6's Lily Zhao: "So Aaron going off that, how do you reach that A+ on offense? What do you need to do?"

"Just execution on third downs, keep the chains moving, stay ahead of the sticks as well before third down," said Jones.

FOX6's Lily Zhao: "We don't know yet if Aaron Rodgers is suiting up on Sunday. Jordan Love is still getting the first-team reps with you guys. What will this week be like knowing that you're preparing to have potentially one or the other guy under center on Sunday?" 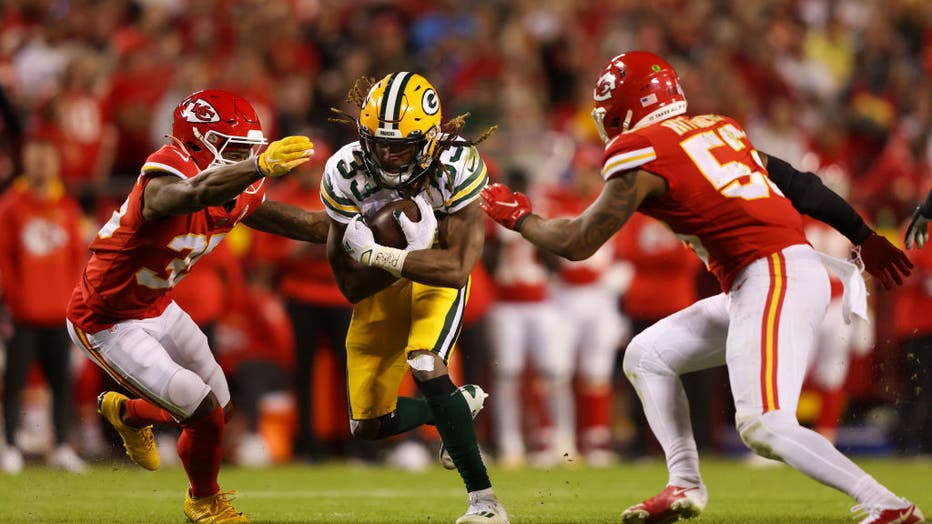 "I honestly can't tell you what it's going to be like because we've never been in this situation, but both of them will be ready to play and I have no doubt in my mind about that, and whoever is up will do great," said Jones.

FOX6's Lily Zhao: "You guys are familiar with the Seattle Seahawks. Russell Wilson makes his return. What do you think of this Seahawks team?"

"I think Russell gives them a boost of energy," said Jones. "Anytime you have a quarterback like that, he always gives you a chance and you're always going to be in the game, so just got to be ready to battle and play."

The Packers host the Seahawks this Sunday at home. The kickoff is at 3:25 p.m.

A bipartisan group of more than 50 elections officials is rallying behind the Wisconsin Elections Commission administrator who has come under attack by Republican legislators with claims of voter fraud.

Milwaukee police arrested four juveniles they say are tied to the carjacking of a woman on the city's southwest side.

There has been a change of command at the Volk Field Air National Guard Base in Wisconsin.