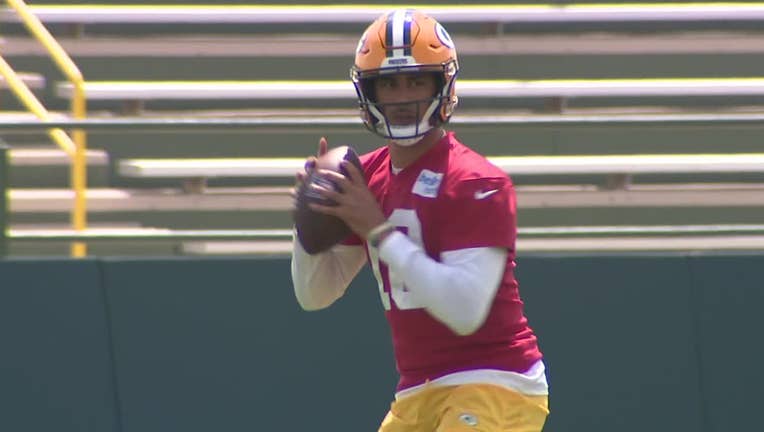 GREEN BAY, Wis. - Jordan Love acknowledges having mixed emotions when he learned Aaron Rodgers had agreed to a contract extension keeping him with the Green Bay Packers.

Love appreciated the fact that Rodgers got rewarded for his accomplishments, but understood it likely meant at least another year of watching from the sideline.

"I was happy for Aaron but at the same time it’s like, ‘Awww,’" Love said this week.

But at least for now, Love gets to experience a small taste of what it’s like to be a starting quarterback. With Rodgers among several notable Packers veterans sitting out voluntary organized team activities this week, Love is getting the majority of first-team reps.

That offers Love a showcase to prove how far he’s come. It also gives the Packers more chances to see just what they have in the 2020 first-round draft pick from Utah State. 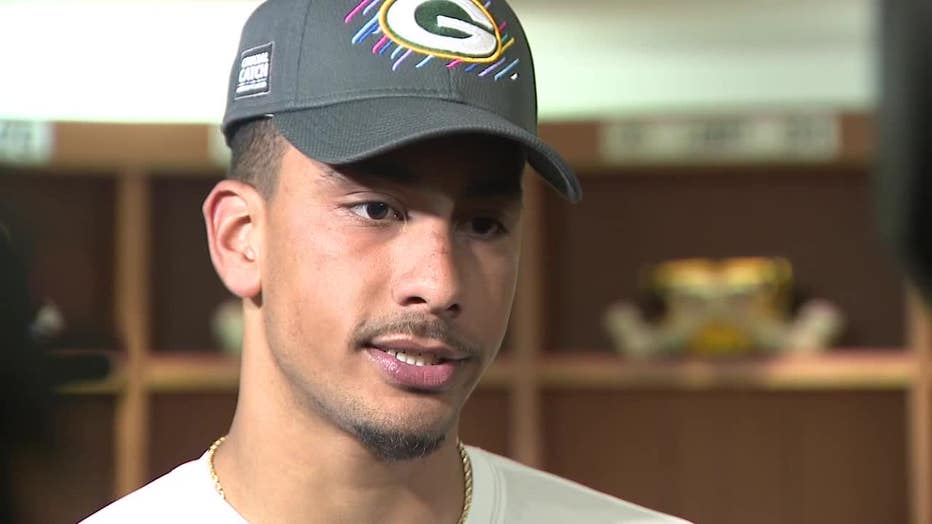 "It’s a great opportunity for him," Packers coach Matt LaFleur said. "He hasn’t probably gotten the number of reps that I don’t think anybody would like."

Love has been ineffective in a small sample size thus far.

He started one game at Kansas City last season when a positive COVID-19 test sidelined Rodgers. Love went 19 of 34 for 190 yards with a touchdown and an interception in a 13-7 loss as the Packers didn’t score until the last five minutes.

Love also played the second half in a meaningless regular-season finale at Detroit and went 10 of 17 for 134 yards with a touchdown and two interceptions in a 37-30 loss.

The Packers showed their faith in Love’s long-term potential when they didn’t trade him after learning Rodgers would be back for the 2022 season.

"We’re pretty excited to have Jordan here for his third year and kind of see where he develops and stuff like that," general manager Brian Gutekunst said after the draft.

The Packers dealt a fourth-round pick two years ago to trade up four spots in the first round and take Love with the 26th overall selection, a move that raised speculation about Rodgers’ long-term future with the Packers. Rodgers has since put together two straight MVP seasons and signed an extension in March, though it remains uncertain how much longer the 38-year-old will play.

When they’ve been asked about Love’s development or lack thereof, Packers officials have cited his lack of opportunities.

The pandemic-imposed virtual offseason limited what Love could do in his rookie year. He has been playing catch-up in a sense ever since.

These extra reps in OTAs should help.

"I always thought he threw a great ball, but it’s all about doing it with a defense in front of you and putting it in tight windows," wide receiver Randall Cobb said. "We need OTAs for those looks, so he gets more comfortable going up against defenses and not just as the scout-team quarterback but having an O-line in front of him and running backs and receivers with him."

Love can look to Rodgers for advice. They have plenty in common.

Both were drafted late in the first round. Rodgers spent three seasons backing up Hall of Famer Brett Favre before becoming Green Bay’s starter. Love is entering his third season as Rodgers’ backup.

Love says he and Rodgers frequently have discussed those similarities.

"He’s told me, just take these reps, act like I’m the guy, be the guy when he’s not here," Love said.

That approach could help Love turn a corner. Teammates say they’ve seen a difference in him.

"I think the confidence is there," Cobb said. "(I’m) just watching him process things a little bit quicker than he had before."

And that could help Love perform better if he’s called on again next season.

"Obviously the situation I’m in, there’s not much pressure on me right now, but I have to continue to put that pressure on myself and the coaches do the same thing," Love said. "I look at every day, just try to have fun, try and go out there and enjoy it as much as I can."

NOTES: The Packers claimed defensive lineman Chris Slayton off waivers from the San Francisco 49ers. ... The Packers have finalized their preseason schedule. They will visit San Francisco on Aug. 12, host the New Orleans Saints on Aug. 19 and visit the Kansas City Chiefs on Aug. 25. LaFleur said Tuesday that the Packers plan to conduct joint practices with the Saints before that second exhibition game.