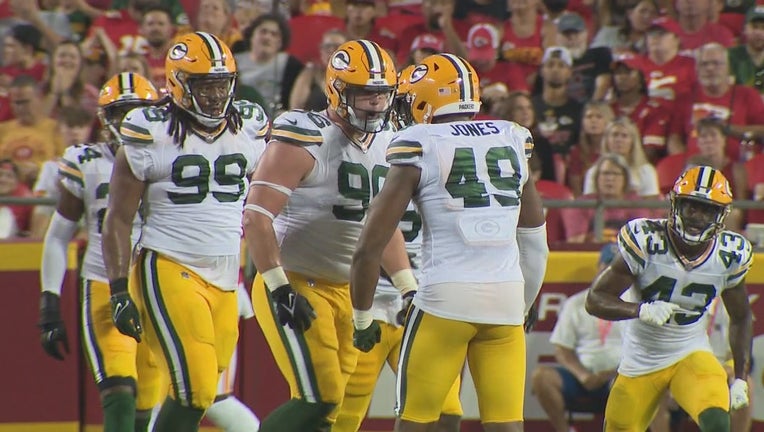 KANSAS CITY - There are 80 stories when there are 80 guys on an NFL roster.

Jack Heflin's story has been about persistence from high school to college to the NFL.

He gives it his all an ideal match for the Packers philosophy.

"It's a very nice organization," said Heflin. "They have a lot of guys who are trying to make it. There's a lot of undrafted guys, late round draft picks, and they really let us play and put our brand of ball out there. And I mean, I'm extremely grateful for the opportunity that they give us."

Heflin beat the odds to make the Packers roster last season, and the odds are even longer this year with a stacked position and more guys in front of him on the depth chart.

The roster goes from 80 down to 53 for the regular season, meaning the game against the Chiefs was a chance to take a shot.

"I was productive tonight," Heflin said. "I needed to be productive. I just need to be really stout in the run game. And I mean, there's a couple of plays I'd love to have back, but that's every game. I mean, I feel like I did a solid job out there and just hopefully it was enough. And if it's not, it's not and if it is, it is. And it's a blessing no matter what happens."

In the locker room after what might have been his last game as a Packer or his latest example overcoming the odds, Heflin is asked, "What's next?"

"Get on a plane," said Heflin. "No, no. Go back to Green Bay. Watch the tape. It's never as good as you think it is. It's never as bad. So go watch the tape, break it down, be very critical of myself. And then I think we got practice on Sunday. So we'll just go out and play hard and practice, put a last little stamp on it before the big day I guess the doomsday I guess you call it. But no I mean just that's really it."

You get the sense Jack Heflin's story of persistence is not yet over even if where the next chapter will be written is unclear.