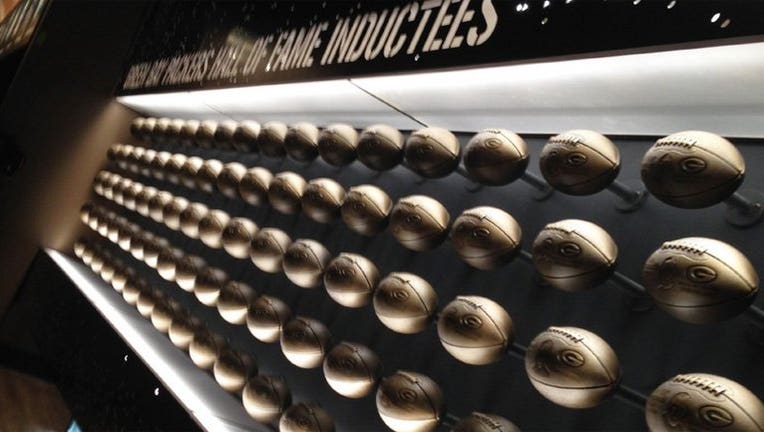 GREEN BAY, Wis. - The Green Bay Packers Hall of Fame Inc. announced on Tuesday, Oct. 19 that it will induct former Packers Tim Harris and Greg Jennings at the 51st Hall of Fame Induction Banquet. The banquet is scheduled to be held Thursday, Sept. 1, 2022, in the Lambeau Field Atrium.

Information about tickets for the banquet is still being finalized and will be released in the near future.

Linebacker Tim Harris was selected in the fourth round from Memphis in the 1986 NFL Draft by the Packers. He took over as a starter during his rookie season and immediately made an impact with eight sacks. He played five seasons overall in Green Bay, appearing in 76 games with 70 starts, and finished with 55 sacks, a total that ranks fourth in team history. He also recovered six fumbles and recorded two safeties. Harris enjoyed a banner year in 1989 by registering a Packers single-season record with 19½ sacks and earned Associated Press all-pro and Pro Bowl honors. He also earned all-pro accolades for his 1988 performance. Harris was known for celebrating his sacks with a playful, "six-guns salute" gesture. Harris played 10 seasons overall, including stints with San Francisco and Philadelphia.

Wide Receiver Greg Jennings was selected in the second round from Western Michigan in the 2006 NFL Draft by the Packers. Jennings played seven seasons for the Packers and appeared in 96 games with 86 starts. A dynamic receiver, he caught 425 passes for 6,537 yards, a 15.4 average, and 53 TDs with the Packers. He was named to two Pro Bowls. In team annals, Jennings ranks ninth in receptions, eighth in yards and sixth in touchdowns. In 10 career postseason games with the Packers, he caught 50 passes for 673 yards and six TDs, including two in Super Bowl XLV. On the receiving end of one of the most clutch postseason plays in Packers history, Jennings caught a perfectly thrown Aaron Rodgers pass for 31 yards on third-and-10 from the Packers 25-yard line after Pittsburgh had just closed the gap to 28-25 in the fourth quarter. The Packers went on to kick a field goal and push the lead back to six. Jennings played 10 seasons overall, including two with Minnesota and one with Miami.

The Hall of Fame