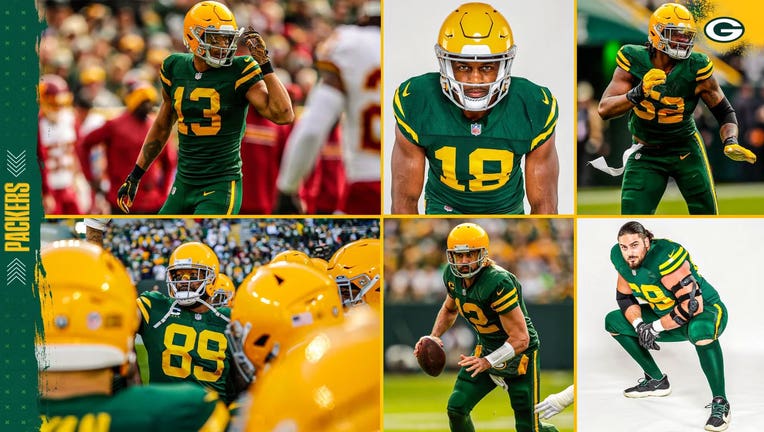 GREEN BAY, Wis. - On Sunday, Oct. 16, the Green Bay Packers will wear their 50s Classic Uniforms for the Week 6 matchup against the New York Jets at Lambeau Field.

A variety of items from the 50s Classic Collection are available for fans to purchase at the Packers Pro Shop, both in-store and online at packersproshop.com, including jerseys, t-shirts, sweatshirts, jackets, caps, knit hats, helmets, can coolers, pins, decals, coffee mugs, tumblers, pints and shot glasses.

According to a press release, in 1950-1953 the team wore green and gold for the second time in its history, which inspired the 50s Classic Uniform. All the uniforms are green, with gold numbers and stripes, and green pants with gold stripes.

The early 1950s was an eventful decade for the packers. The decade marked the departure of the team's founder Curly Lambeau and ended with the arrival of vice Lombardi.

Also, ahead this season, the Packers are set to hold a special ceremony to honor Leroy Butler for his induction to the Pro Football Hall of Fame during Nov.17 game.

Butler's name will be unveiled on the Lambeau Field stadium next to another fellow Pro Football Hall of Famers.