The Miller name might sound familiar. After all, Noah’s older brother Owen was a third-round pick by the San Diego Padres in the 2018 draft. He recently made his Major League debut for the Cleveland Indians on May 23.

That day, Noah skipped his high school graduation to watch his brother play.

"He’s been huge," said Noah Miller, Ozaukee senior and Alabama commit. "He’s taught me everything I know. I mean, everything he learned he teaches to me, and I incorporate it into my game."

Just like his older brother, Miller is trying to become the next Wisconsin player drafted by a Major League team. There’s certainly no shortage of talent from Southeastern Wisconsin either.

"It’s paving the way for us young guys," said Miller. "It’s awesome. I just saw what they did when they were in high school and how hard they had to work being in Wisconsin, especially with the winters. Having that indoor facility at Hitters is awesome and how they utilize that is kind of how I’ve been utilizing it and hoping that it pays off." 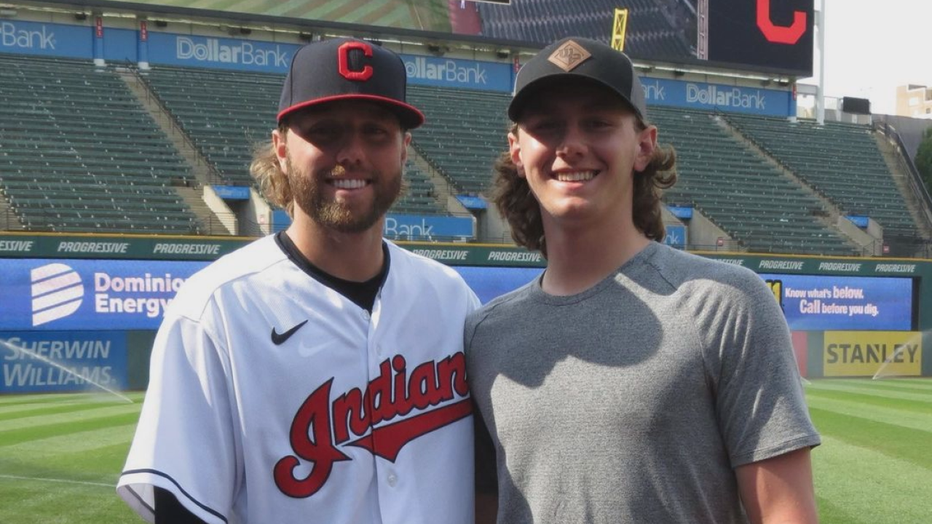 He’s well on that track, catching the eyes of several scouts who are frequent visitors at his high school baseball games.

"I’m just used to it now," said Miller. "I just keep playing baseball. Keep doing what I do."

They’re intrigued for a reason. Family pedigree aside, Noah is a switch-hitting shortstop.

"I can play anywhere," said Miller. "I can be in the lineup anywhere, and I think that’s probably just the biggest thing that will help any team win."

And his defense is a specialty he takes pride in.

"I think it’s honestly just being in my basement all the time and just throwing the ball at the wall," said Miller. "Always working on different plays, working on the routine play, working on the diving play, always doing that constantly when I was a kid. It’s just so many reps and so many practices is definitely what’s done it for me."

As he wraps up his high school season, Miller has a scholarship to the University of Alabama waiting for him, but he’s also looking forward to this year’s Major League Baseball Draft which is happening in July.

"I mean that’s pretty cool," said Miller. "I either find out if I play minor league baseball or I go to college and play three years in the SEC. I’m just kind of playing baseball and letting it kind of take me. What happens, happens."

Regardless of what does happen, Miller’s goal is clear.

"Hopefully one day making it to professional baseball and having a long career," said Miller.