CHICAGO -- The Green Bay Packers travel to Chicago to face the Bears at Soldier Field on Sunday, Dec. 16. It's a game you can see only on FOX6 -- and will be following by a special edition of FOX6 News featuring Davante Adams. 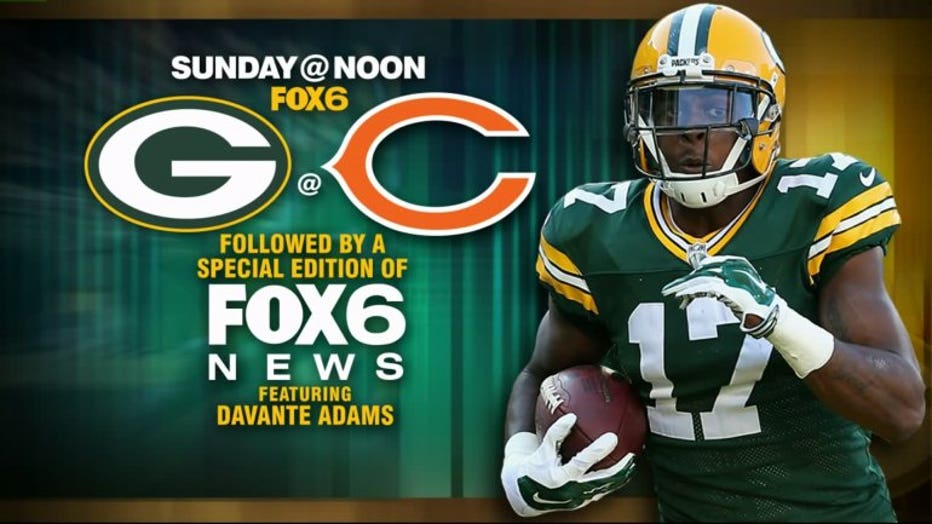 According to Packers.com, Green Bay has won 15 of the last 17 games against Chicago during the regular and postseason. Dating back to the 2016 season, the Packers have won five consecutive games over the Bears. Five of the last six games between the two at Soldier Field have been decided by single digits.

The Packers end the season with two road games in the final three weeks for the seventh straight year.