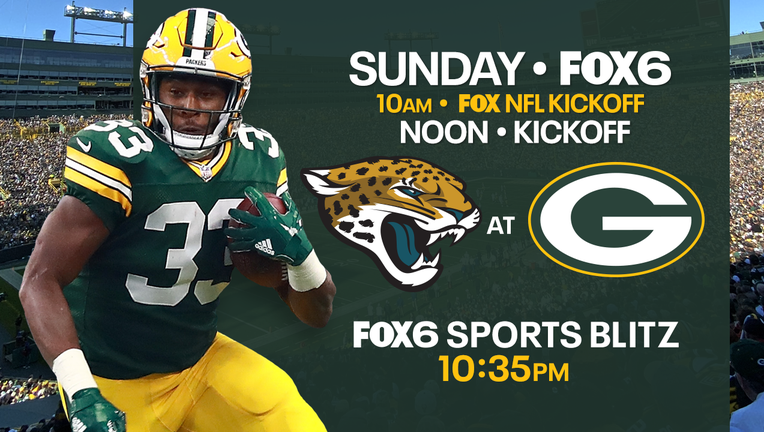 GREEN BAY, Wis. - The Green Bay Packers return to Lambeau Field to take on the Jacksonville Jaguars, the first of back-to-back AFC South opponents for the green and gold -- and it's a game you can see only on FOX6.

According to Packers.com, Green Bay is 4-2 all-time against the Jaguars, including wins in both of the last two matchups (2012 in Green Bay and 2016 in Jacksonville). Each of the last five games in the series have been decided by single digits.

This will be the fifth time this season Green Bay will play a game that kicks off at 12 p.m. CT. The Packers won four of the previous five games that kicked off at 12 p.m. CT, scoring 35-plus points in three of the four matchups.

Charlie Berens joins FOX6 WakeUp on how he ad the Packers are teaming up to help Wisconsin dairy farmers.