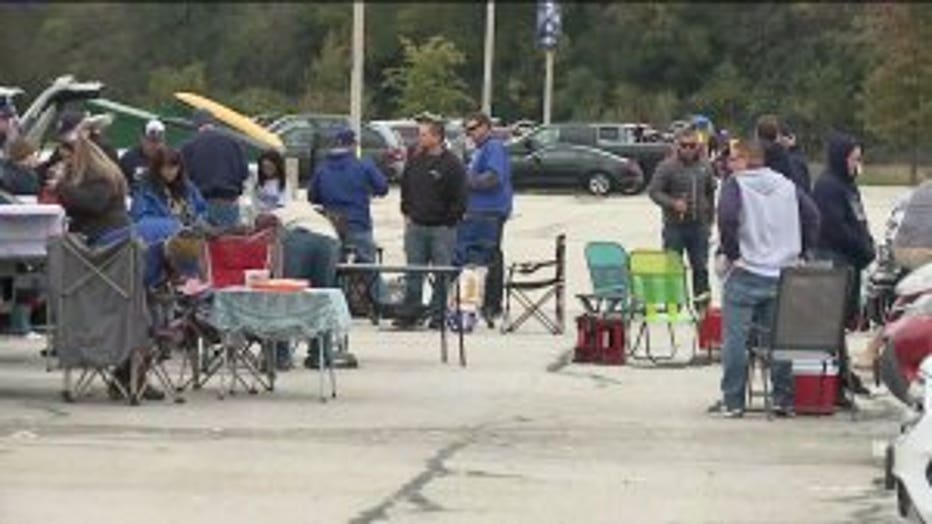 "It's October baseball. This is about as good as it gets as a Brewers fan," said Jeff Stovern, Brewers fan.

The chilly weather outside Miller Park is no match for Brewers fans bracing for a playoff battle against the Dodgers.

"It's going to be a tough game for sure but they've got a shot," said Rich Krull, Brewers fan. 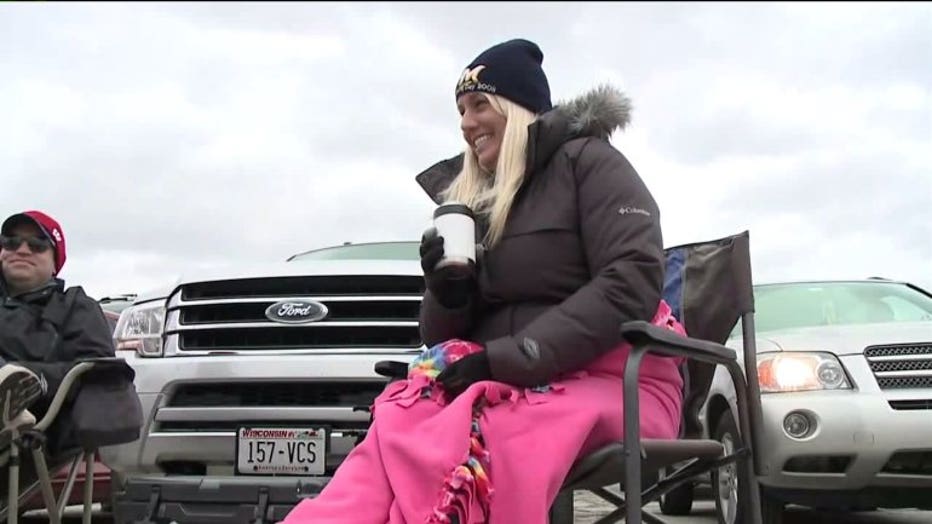 Rich and Becky Krull drove in from Lake Mills. 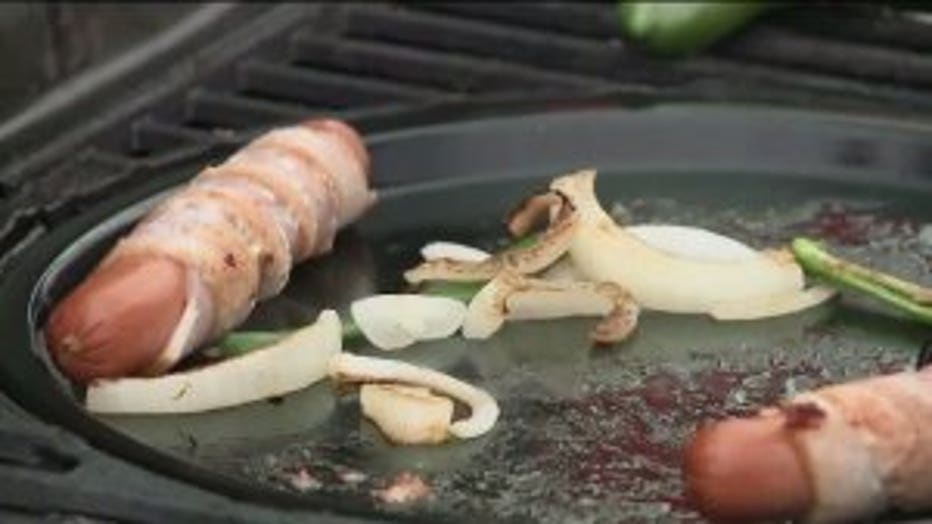 "We love our Brewers. We love to support our hometown team," Becky Krull said.

"Every game somebody else steps up. It's just amazing watching everybody and everybody is such a team," said Becky Krull.

Down the row and over the grill, Eddie Garcia is fired up for his hometown team, the Dodgers. 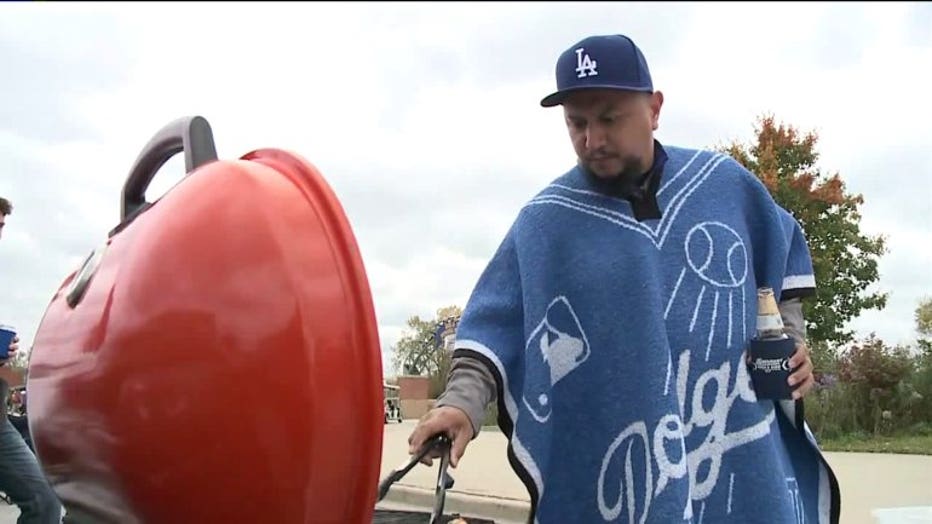 The dedicated Dodgers fan was at Miller Park alone, and made friends with supporters of the Brew Crew.

"It's all about spirit and that's why I like it out here," said Garcia.

A few cars down, a finer playoff tailgate. 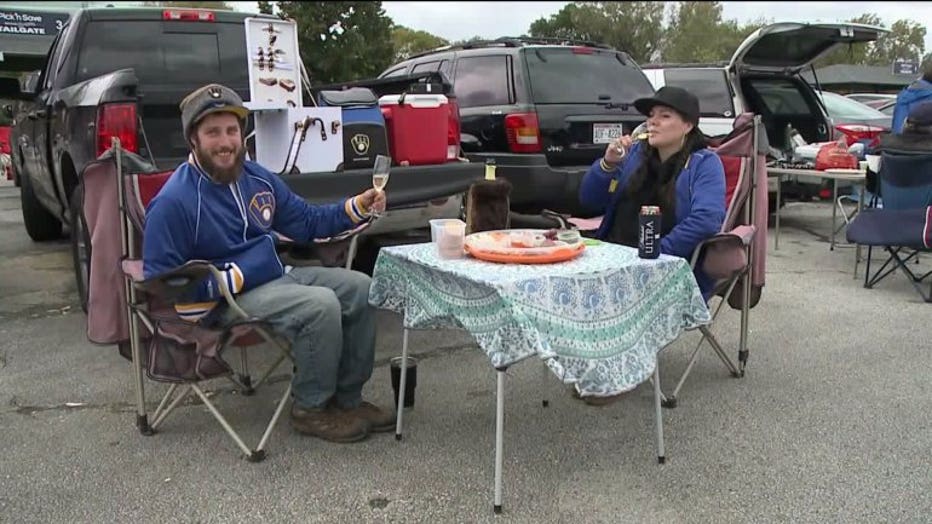 "We decided to celebrate and be fancy for the playoffs," said Sarai Cardiff, fan. "We just did a little charcuterie board."

The Cardiffs had a champagne celebration. A toast to a solid season bubbling with the hopes of more tailgating ahead.

"I think everybody is super pumped in Wisconsin," said Stovern. 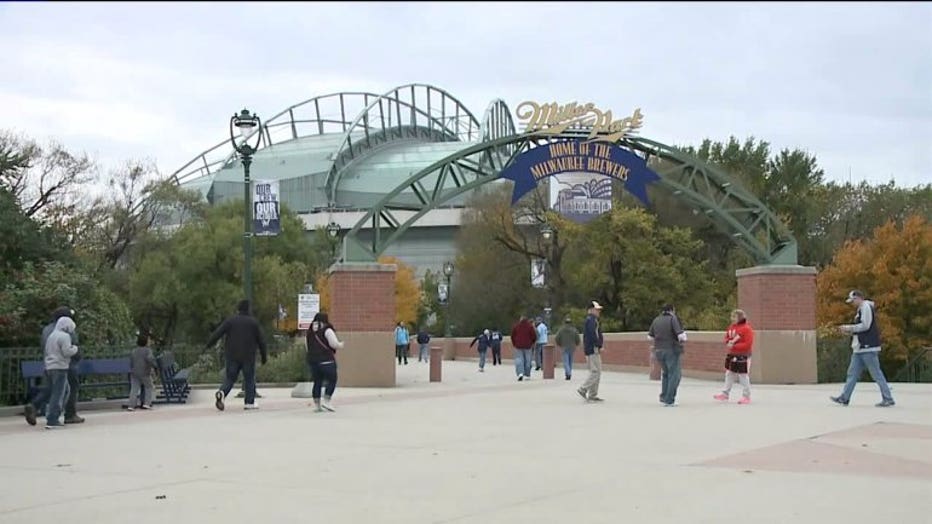