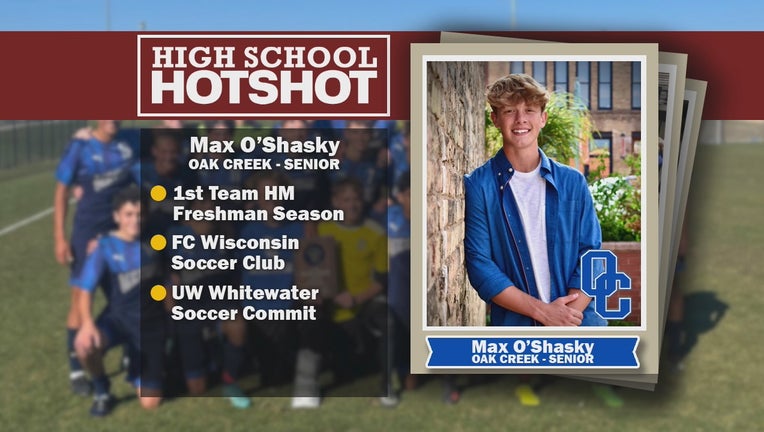 OAK CREEK, Wis. - The Oak Creek boys soccer team has seen some lean seasons on the pitch, so senior Max O'Shasky knows all about staying the course.

This year, hard work and determination have the Knights back as Southeast co-Conference champions.

"Two years ago we were not a very successful team," said O'Shasky. "I'd talk like one win a season my freshman and sophomore year both."

O'Shasky points to a 2019 loss to Menomonee Falls where they lost 10-0 and just two years later, they returned the favor with a 4-3 victory.

O'Shasky was recently put on the shelf after having a tendon in his foot rip off the bone.

"I like to keep a positive mindset," said O'Shasky. "Not only for myself, but if they see me injured, and I'm on the sideline pouting that I'm injured, it's going to make the team overall just feel bad about themselves and just feel bad for me. And I don't want that. I want to be able to keep the positivity going."

The Knights are now regional champions and will have a rematch against co-conference champion Kenosha Tremper on Thursday.