CHICAGO - When it comes to producing NFL-quality offensive linemen, Notre Dame and Wisconsin have been among the best programs in the country.

The Fighting Irish have 12 offensive linemen on NFL rosters to start this season and the Badgers have eight.

Quality offensive line play has become such an identifiable part of the success at Notre Dame and Wisconsin that both teams' linemen landed an endorsement deal with a barbecue restaurant chain this summer.

No. 12 Notre Dame (3-0) faces No. 18 Wisconsin (1-1) on Saturday at Solider Field in Chicago in a game being billed as the Jack Coan Bowl for the former Badgers quarterback who now starts for the Irish.

But the guys lining up in front of Coan have been the big story at Notre Dame. One of the nation's top offensive line factories has struggled to get its latest model fully operational. 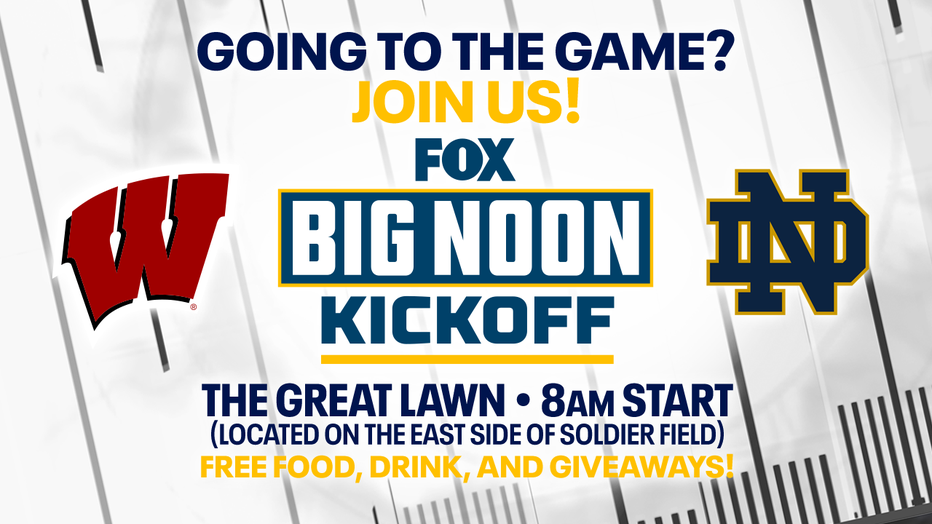 After replacing four linemen currently on NFL rosters, the Fighting Irish have permitted 14 sacks, tied for second-most in the country, and have not been opening holes for the running game. Wisconsin's defense will be the toughest test yet for Notre Dame's rebuilt line.

"No doubt. We’re still going to show up, though," Irish coach Brian Kelly said with a laugh.

Notre Dame as had three different starters at left tackle after highly touted freshman Blake Fisher was injured in the opener against Florida State. He remains out and his initial replacement, Michael Carmody, is a game-time decision, Kelly said Thursday.

The Irish are simultaneously trying to find the best combination of players up front and developing depth with inexperienced players such as sophomore Tosh Baker, who started at left tackle last week, and freshman Joe Alt. Kelly said he is optimistic about the future with these players, but the reality is the future is now.

The Badgers come into the game with only four sacks, but they get back one of their best pass rushers in linebacker Leo Chenal, who missed the first two games after testing positive for COVID-19. Chenal had three sacks in seven games last season and should bolster Wisconsin's edge rush to go along with the interior push from tackles Matt Henningsen and Keeanu Benton.

"He’s kind of freaky, athletic, we know that," Badgers defensive coordinator Jim Leonhard said of Chenal. "He’s an imposing guy playing that position. Find ways to get him downhill and wreck a game for an offense."

Coan was Wisconsin's QB1 going into last season, but a foot injury opened the door for Graham Mertz, a highly touted 2019 recruit. After the 2020 season, Coan transferred to Notre Dame to finish his college career .

So far, advantage Irish. Coan has gotten knocked around behind that transitioning line, but still managed to pass for 828 yards and eight touchdowns.

The Irish have also worked in mobile freshman Tyler Buchner at quarterback in an effort to boost the running game, but he was limited last week by a hamstring issue.

Mertz, meanwhile, has not thrown a touchdown pass this season. The sophomore was especially sloppy in the opening loss to Penn State and Wisconsin leaned on its running game to beat Eastern Michigan two weeks ago.

"We all understand that’s the storyline that’s out there, but it’s important for Graham and our whole team to know that what’s awesome about football, it’s a team sport," Wisconsin coach Paul Chryst said. "It’s going to take our team going up against a very good Notre Dame team. That’s where the game’s going to be played."

The Irish and Badgers have played 16 times, but not since 1964. Notre Dame beat the Badgers 31-7 in the head coaching debut of Ara Parseghian.

The teams have also played at Soldier Field before: In 1929, won 19-0 under Knute Rockne.

A victory Saturday for Notre Dame will give Kelly 106 in 12 seasons with the Irish to and push him past Rockne for most in program history.

Packers' Aaron Jones reflects on 'best moment of his career'

Aaron Jones chats with FOX6's Tim Van Vooren about the Packers win over the Lions and the upcoming trip to San Fran.

A huge shoutout to our generous FOX6 viewers for helping a Milwaukee youth dance team achieve its goals.