GREEN BAY — The Green Bay Packers selected cornerback Josh Jackson with the 45th overall pick and Oren Burks from Vanderbilt with the 88th overall pick in the third round of the NFL Draft. 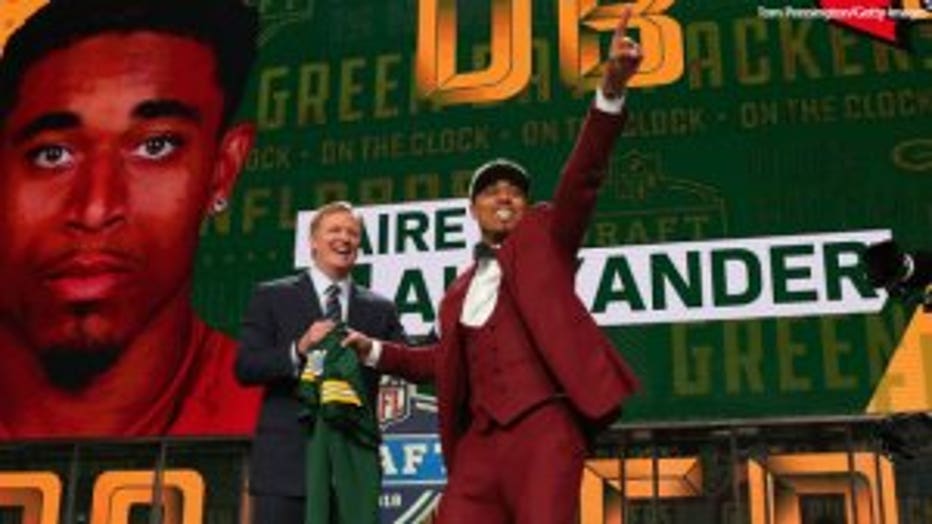 ARLINGTON, TX - APRIL 26: Jaire Alexander of Louisville reacts with NFL Commissioner Roger Goodell after being picked #18 overall by the Green Bay Packers during the first round of the 2018 NFL Draft at AT&T Stadium on April 26, 2018 in Arlington

The picks come after the team selected Jaire Alexander in the first round.

Jackson led the nation with eight interceptions last season as a junior at Iowa.

They'll join Alexander in what could be a dramatically improved secondary with new defensive coordinator Mike Pettine. Alexander was selected in the first round with the 18th overall pick out of Lousiville.

Green Bay could also use an edge rusher to help Clay Matthews and Nick Perry. Wide receiver and offensive line are also position of needs.

But the opportunity to select Jackson, who some analysts considered a first-round talent, was too good to pass up for general manager Brian Gutekunst.