Bernie Brewer is the proud owner of a new Chalet at American Family Field.

MILWAUKEE - Bernie Brewer is the proud owner of a new Chalet at American Family Field.

"We felt that, frankly, the prior rendition was a little lacking in aesthetics and was a little generic," said Rick Schlesinger with the Milwaukee Brewers. "This gives it a little vibrancy, a little life."

The improvements are a throwback to Bernie’s original home at County Stadium. Fans will notice that the brand-new residence with an old-school twist provides a homey respite for Bernie, including colorful flowers in the windows.

While Bernie requested a spa and bar, this Chalet feels like home. 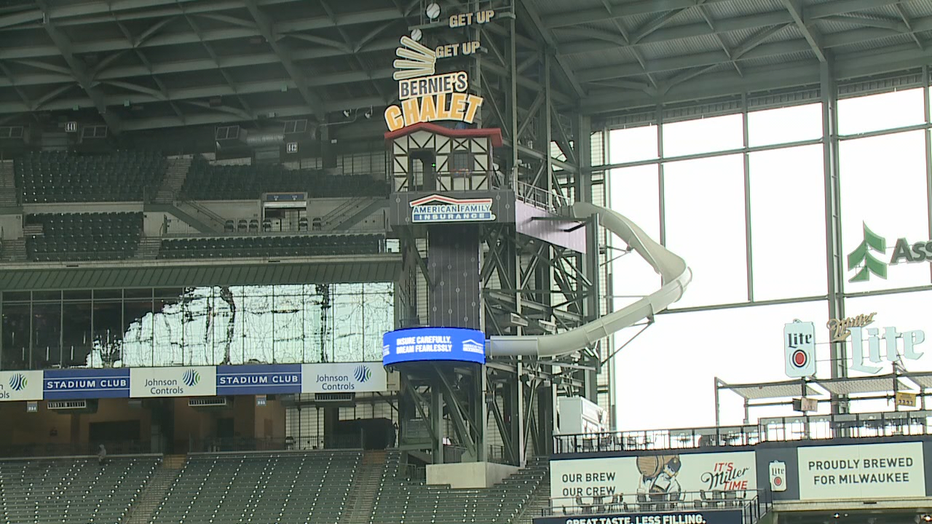 "We wanted to sort of bring back some of the iconic elements that was here at the Chalet, that was here at County Stadium, create a more brewer, German type of feel to the space," said Schlesinger.

The slide also changed from yellow to white. The Brewers say that matches the new imagery at the ballpark.

The off-season rebuild of Bernie’s Chalet and renaming of the ballpark as American Family Field are just two of the major changes that fans will experience at the ballpark in 2021. Officials said the Miller Lite Landing area, originally designed as a group space for the 2020 season, is open. 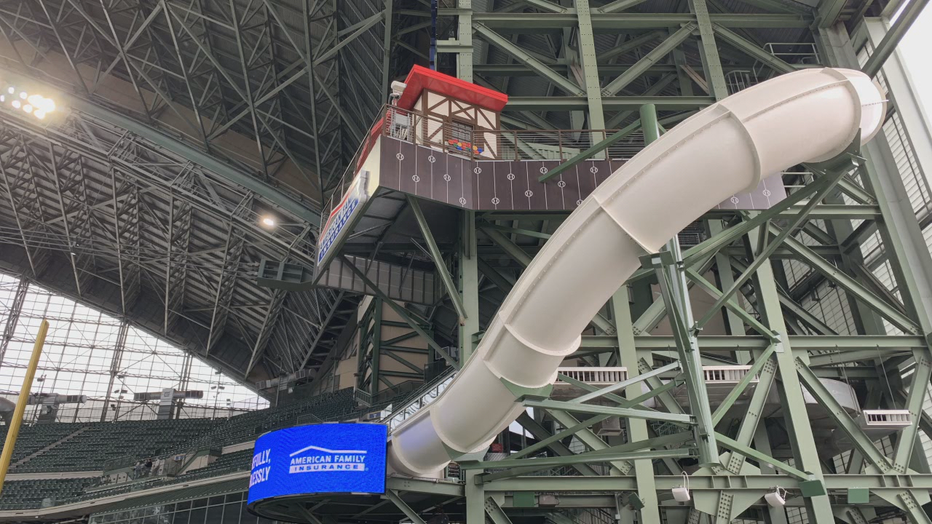 "COVID interrupted that, and right now, we’re going to start out the season selling it as a ticketed area with assigned seats and pods of two to four persons," said Schlesinger.

Currently, the Brewers say about 30 people can enjoy the game in this space in pods, and eventually, the space will hold 250 fans when COVID restrictions are lifted.

The Brewers say the Miller Lite Landing area will eventually be available for rent on certain dates depending on COVID restrictions.

"The 21- to 30 year-olds will find this, in particular, a good place to hang out, watch the game and socialize," said Schlesinger. 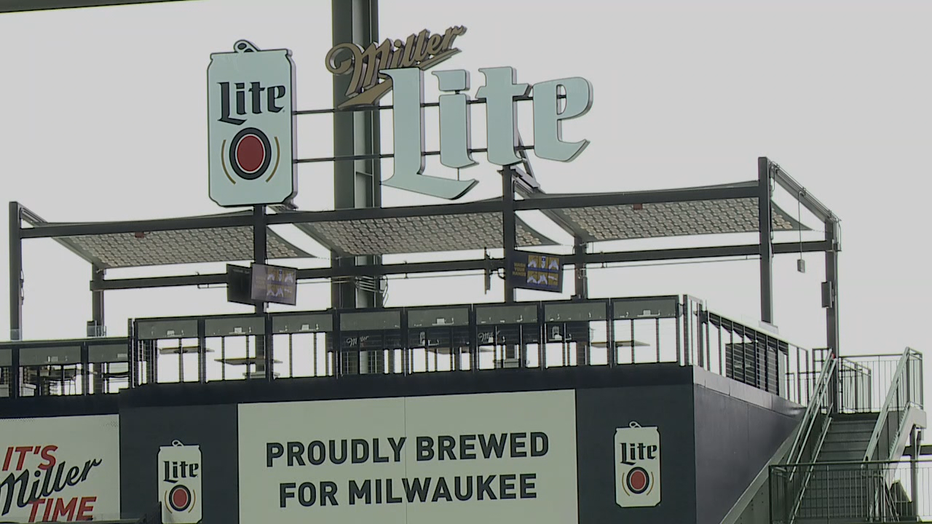 Meanwhile, single game tickets have been held back for purchase for all games (very limited for Opening Day) and will be available beginning Friday, March 26 at 10 a.m. at brewers.com, by phone 1-800-933-7890. All online and phone purchases will be digitally delivered.

Aligned with local health and safety protocols, capacity will be limited for games through May 2. Tickets will be sold in pods of two to four seats. All fans, ages two and older, must wear a facial covering over nose and mouth at all times – except while actively eating and drinking in their designated pods – and practice social distancing.