MILWAUKEE - Before American Family Field, there was Miller Park.

Before Miller Park, there was Milwaukee County Stadium.

Sure, it was a plain name, but it was hardly a run-of-the-mill place.

The proof can be found in a new book called "On Story Parkway" by Jim Cryns.

"I know my vision wasn't to write a wonky book, It wasn't to write a book that people look to for statistics," said Cryns. "I wanted to write something that people could look at and feel the heart of it. But I think it's important to point out that it isn't just about baseball, as you know, this is about the concerts that took place there, the Braves games, the Jehovah Witness conventions, the WWE, the Ice Capades. Bob Hope actually did a gig there once." 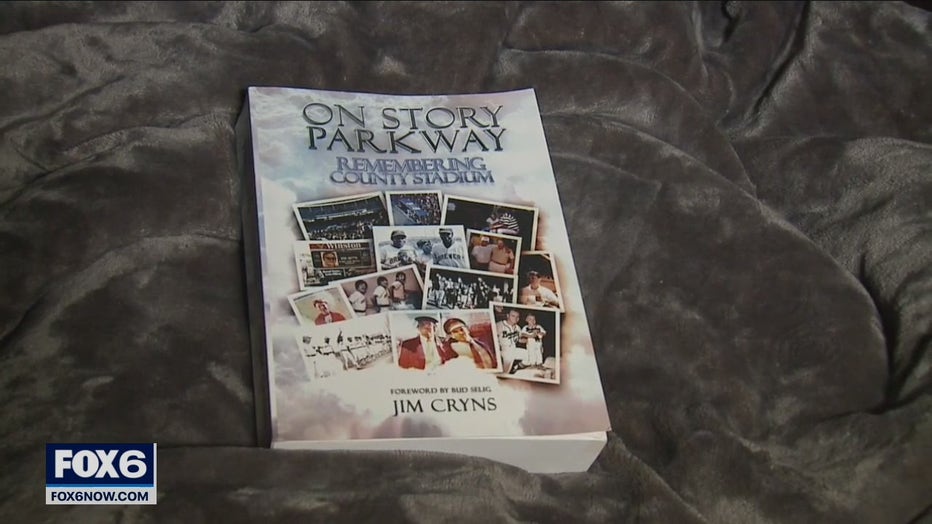 Cryns has worn many hats over the years, including freelance sportswriter. He's an every-man, who has had some access behind the scenes.

The book is heavy on anecdotes from a cross section of contributors and then there are the photographs, reflecting a similar cross section.

"I really can't," said Cryns. "I have two daughters, I love them equally. I can't love either one of those more, so, you're right, it's not an either or and I'd be hard-pressed to say if I had to get rid of one of them, I don't know which it would be."

County Stadium used to sit in what is now the shadow of American Family Field. If this book doesn't exaclty bring the facility back to life, you can hear the echoes.

"I was able to lasso something that was alive in its own right," Cryns said. "I truly believe, I'm glad I did it because nobody else had. They paid tribute to the Braves and the Brewers. We get that ad infinitum but I don't think we ever paid homage to the mothership."

The forward to this book was written by former Brewers owner and commissioner of Major League Baseball Bud Selig. It also includes one of the last interviews given by Henry Aaron.

Amid recent talk that Rodgers may soon be leaving town – or even retiring from the NFL – one restaurant is making its pitch to keep Rodgers right where he is.

The Green Bay Packers are exploring QBs they can add to their roster for organized team activities and training camp.

Jrue Holiday scored 29 points and the Bucks withstood a triple-double from Russell Westbrook and edged the Wizards 135-134 on Wednesday night.