MILWAUKEE - The Wisconsin Badgers will take on Colgate at Fiserv Forum on Friday, March 18 – about as close to a home game the team can hope for in the NCAA men's basketball tournament.

Ahead of tipoff, fans will notice more Badgers love around Milwaukee. Who's On Third added a new flag – one of a few bars going all out for Wisconsin in the tournament this weekend.

"We’re very excited about having the NCAA here in Milwaukee," said Mackenzie Beesley with Cream City concepts, which owns Who's On Third and other area bars. "When they announced the other day that the Badgers were coming here, it just amplified everything."

Before basketball fans get to paint the town red, the Badgers are doing some decorating of their own.

"We’re out today going to local bars, local establishments around Fiserv to kind of decorate the town red, hand out some flags, hand out some shirts and pins," said Brian Lucas, University of Wisconsin director of athletic communications. 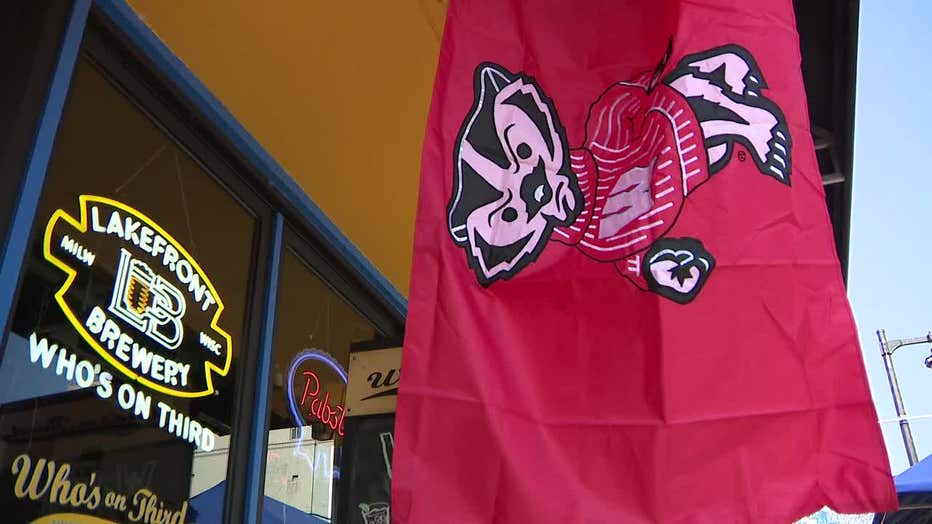 That included Who's On Third, where university staff helped fire up Badgers fans in Milwaukee on Tuesday.

"Most of the time that support has them driving 90 miles west. Now we’re able to come to their backyard and say thanks," Lucas said.

This is the third time the Badgers will play an NCAA Tournament game in Milwaukee, Lucas said.

"Milwaukee was the start of the Final Four run for the Badgers. Maybe we can get some of that magic again this year," said Lucas. 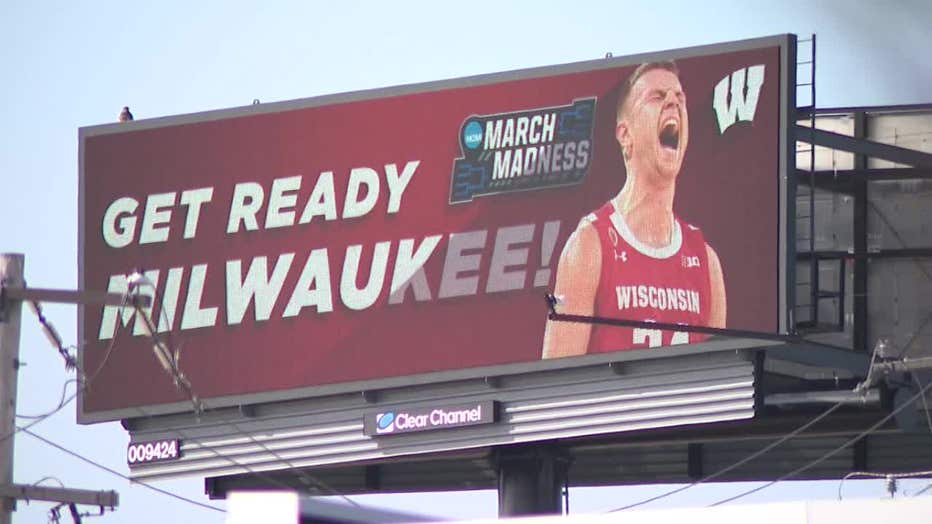 "The sports love here is huge," Beesley said. "Just excited to kind of show other people that aren’t in this area what we have to offer and what the city has to offer. Besides the Badgers just coming here, other schools here, so really putting Milwaukee on the map."

"You gotta root for them just because they’re Wisconsin," said basketball fan Jessica Whorral. "My heart’s always going to be with Marquette, but as long as they don’t play each other, I’ll root for them."

Milwaukee Pride, Inc. announced on Tuesday, March 15 that PrideFest will return to Maier Festival Park to kick off the city's festival season.