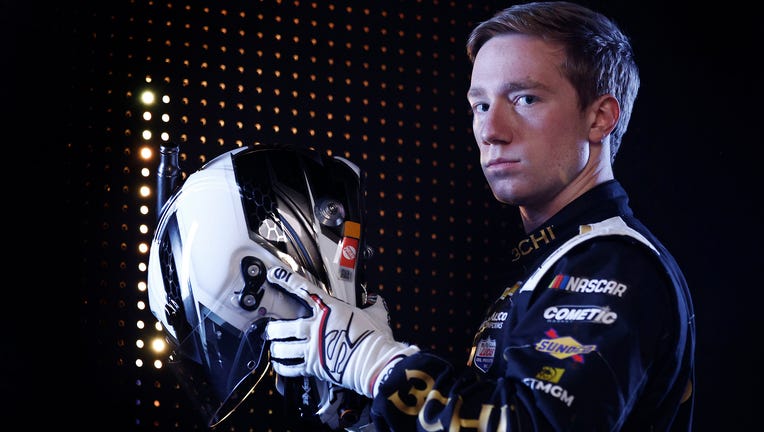 Then a Packers kick returner, he fumbled away the football late in what would turn out to be a Rams victory in the historic Los Angeles Coliseum, a facility that opened in 1923 and will host its fourth Olympic Games in 2028.

This weekend, it will host a NASCAR race.

"I've personally never been able to step foot in the Coliseum before, but I'm going to finally get to do that and in a way that I never really even dreamt of or thought of or thought of really being possible," said Tyler Reddick. "I've watched so many sports growing up, a lot of great events and things have taken place at the Coliseum. It's a real staple to L.A. and now NASCAR's story gets to be a part of the L.A. Coliseum story."

The NFL in LA Has moved to SoFi Stadium and that's where Super Bowl LVI will be played one week after The Clash is run at the Coliseum.

The sports eye is trained on southern California.

Beyond a new season and a new venue, Tyler Reddick and company will be dealing with a new type of ride.

After much talk, the next generation car is ready to make its debut.

Think increased down force, an underwing, and a more versatile vehicle than in the past.

"Just racing side by side what you can and can't get away with with the suspension and the body on these cars," said Reddick. "We have a lot of opportunity to do that at The Clash at the Coliseum. And it's going to be important to get into that race and be able to run all those laps and learn as much as we can."

Reddick knows there are a lot of variables to deal with out of the chute this season, but good fortune isn't one of them.

"I think at one time, maybe when I was younger, I believed in luck a little bit, but the more that I've done cup racing and the more I've tried to mature, I just don't believe in luck at all," Reddick said. "We make our own luck. How about that? And that's going to be from what we put into this car in the season and what we've already put into it in this off season."

Every driver on the track inside the Coliseum this weekend will be trying not to fumble his opportunity.