LINCOLN, Ala. -- NASCAR and its drivers on Monday, June 22 displayed a massive show of support for the lone Black driver in the series, Bubba Wallace -- who races in the #43 car.

Before Monday's attempt to get the Geico 500 race in after a rainout on Sunday, fellow drivers lined up and pushed his car to the front of pit road in a show of solidarity at Talladega Superspeedway in Lincoln, Alabama. It is a race you can see only on FOX6.


Two weeks ago, Wallace successfully pushed for NASCAR to ban the Confederate flag at its tracks and properties.

NASCAR says a noose was found in the garage stall of Bubba Wallace on Sunday at the NASCAR race in Talladega. NASCAR says it has launched an immediate investigation into the noose. The series says it was “outraged” and said there is no place for racism in NASCAR. Wallace says he was saddened but undeterred. The series races at Talladega on Monday after a one-day rain delay. 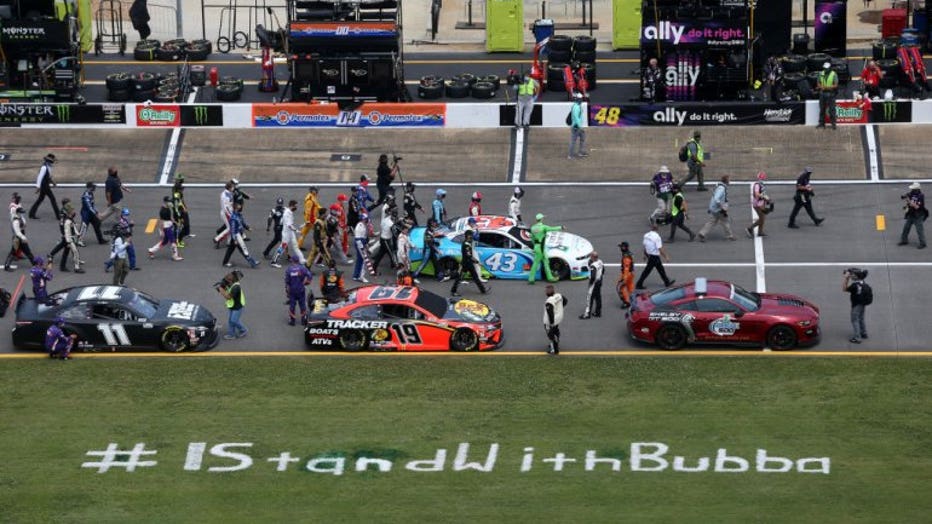 TALLADEGA, ALABAMA - JUNE 22: NASCAR drivers push the #43 Victory Junction Chevrolet, driven by Bubba Wallace, to the front of the grid as a sign of solidarity with the driver prior to the NASCAR Cup Series GEICO 500 at Talladega Superspeedway on Jun