Muskego gymnast learns how to perform without arms, goes to state

MUSKEGO, Wis. - Muskego's Therese Missiaen makes it all look easy, but there's a catch. Missiaen, a senior on the Franklin/Muskego/Oak Creek/Whitnall co-op gymnastics team performs without the full use of her arms.

"I think it's cool that I've kind of found my own way of doing things without my arms," said Missiaen. "That's not something a lot of people could do."

During the summer leading up to her eighth-grade year, everything changed. 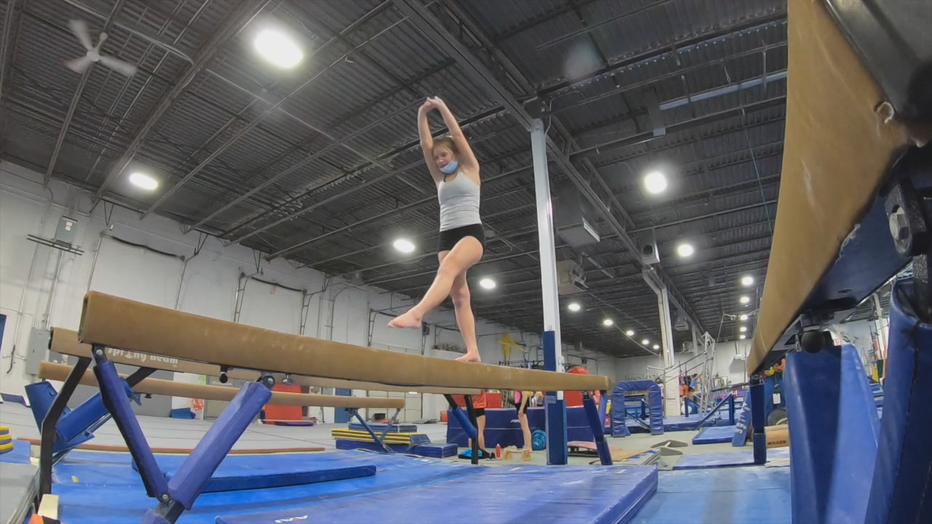 Missiaen was diagnosed with OCD, otherwise known as Osteochondritis Dissecans, a joint and bone condition that affected her elbows. 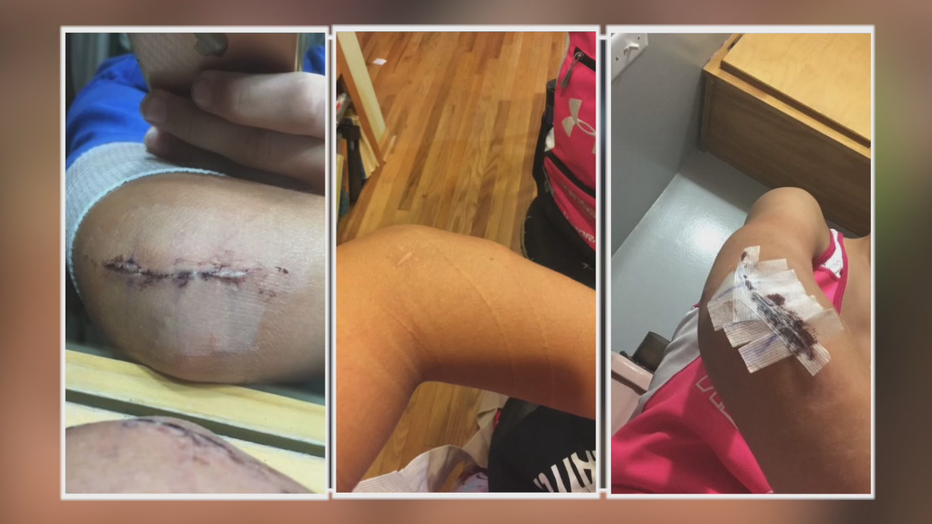 "I was really sad," said Missiaen. "I definitely went home and cried. I had to go and tell my whole club team and my coach and like, it's just hard to believe because like, my whole life was gymnastics. I didn't know what else there was."

Surgery was inevitable, so Missiaen ended up getting three total surgeries on her elbows.

"They told me I wouldn't be able to do gymnastics anymore," said Missiaen. "They originally said like, 'Oh what's she going to do in high school without her arms?' They're like, 'If you can make that work, I guess so.'" 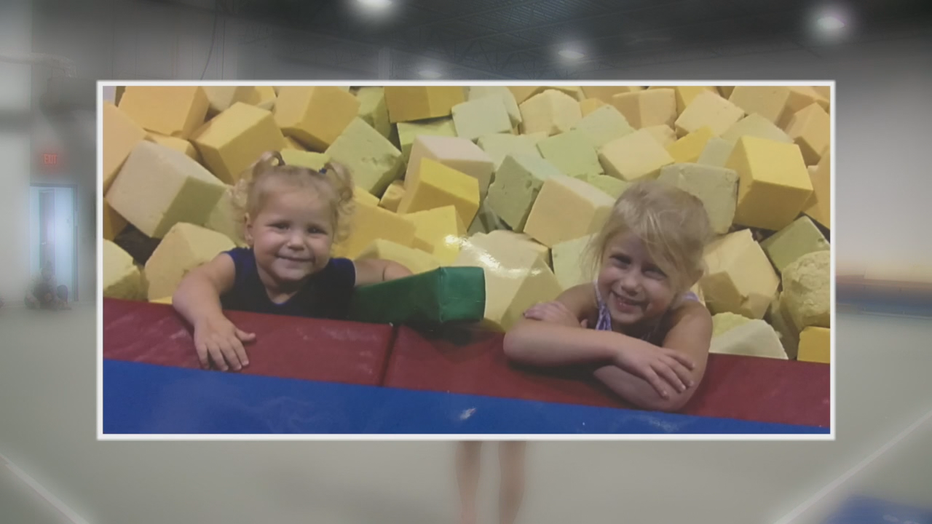 Stopping gymnastics wasn't an option. Missiaen has been in the sport all her life, with her two older sisters and younger brother, so she turned from club to high school gymnastics and took on the challenge of coming back.

"I started on the tumble track because it's a lot safer, and just messing around with a bunch of different passes," said Missiaen. "Eventually, it got to a set point.

Because she cannot bear weight on her arms, her only events are floor and beam. After an adjustment period, Missiaen was able to switch up parts of her routines to make it possible for her to compete. 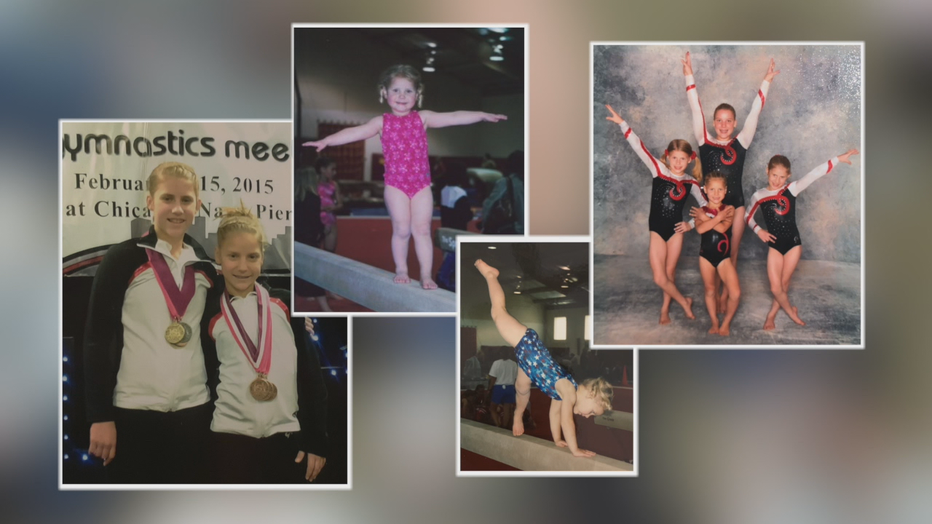 "On floor, most girls start with a roundoff, so it's basically like, a cartwheel with two feet almost, and some even do a back handspring, but I can't do either of those skills," said Missiaen. "I do, it's like, a roundoff with no hands."

The same goes for the balance beam.

Through it all, her resilience has been inspiring. 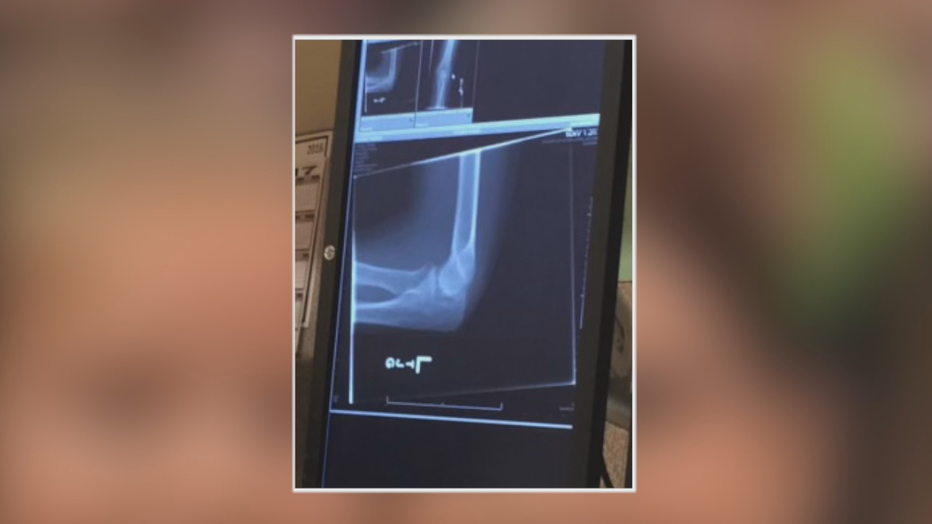 "It's just been fun to watch her find ways to succeed and to overcome what could be a career-ending injury in gymnastics, for sure," Katie Moore, coach.

Despite the challenges, Missiaen has done more than succeed, qualifying for state her first two years with the team. This season, she even made it to the Girls Gymnastics Individual State Tournament for beam.

"I think it's so cool that I'm able to do it this way and get the same scores," said Missiaen. 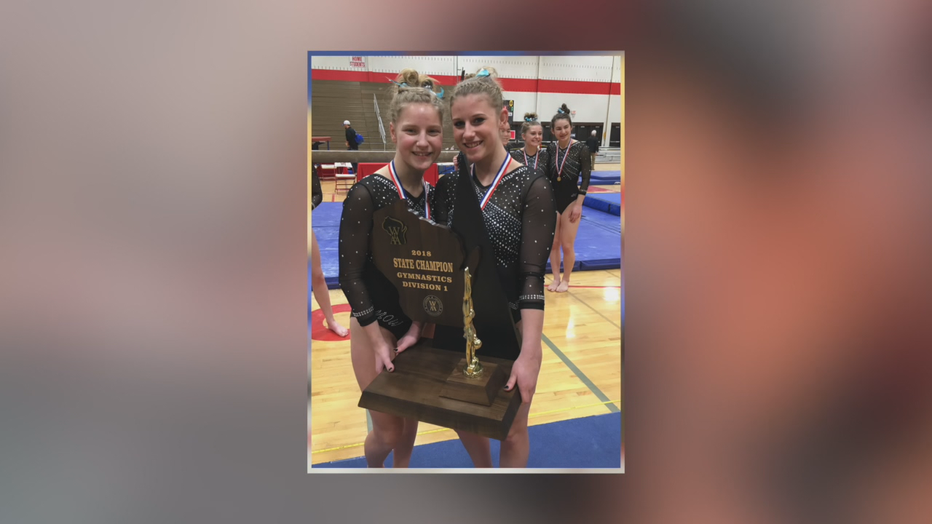 "I definitely impressed myself," said Missiaen. "I didn't think I'd be able to come this far, so it's just cool to see that."