MILWAUKEE -- The Milwaukee Wave on Sunday, May 5 won the Major Arena Soccer League championship and claimed the Ron Newman Cup on home turf.

It wasn't easy though, as the Wave, now seven-time champions, faced Monterrey.

“It’s obviously all still sinking in for us. Just watching the guys and enjoying how they’re celebrating means the most to me right now,” said Milwaukee Wave Head Coach Guiliano Oliviero in a news release. “I know how much hard work they put in all season long, and to watch them celebrate and enjoy what they worked for is probably the best feeling of all.”

“Everything tonight was fantastic -- the owners, the staff, the fans -- everything,” said #26 Ian Bennett. “We brought this championship back to Milwaukee, and I’m so happy and so proud to be a part of this team and a part of this organization. It means so much. These guys deserve it. The fans deserve it. We all deserve it.” 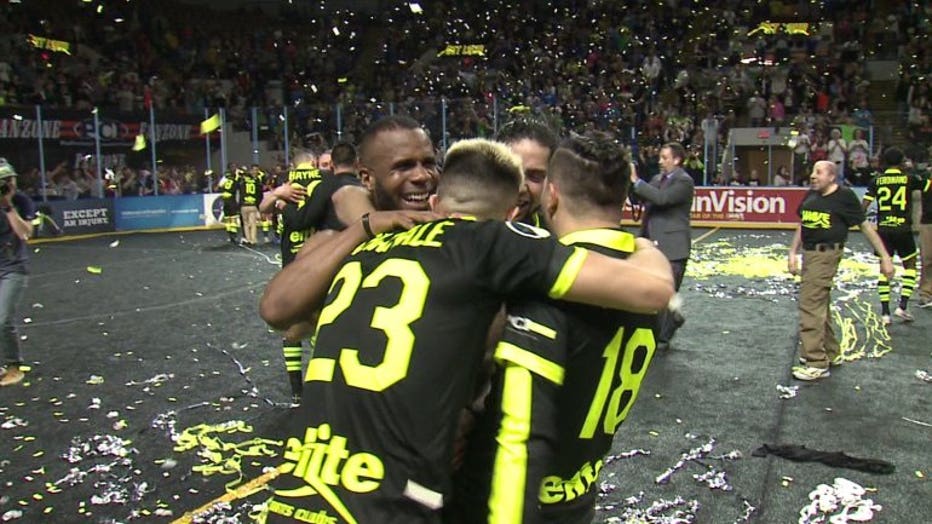