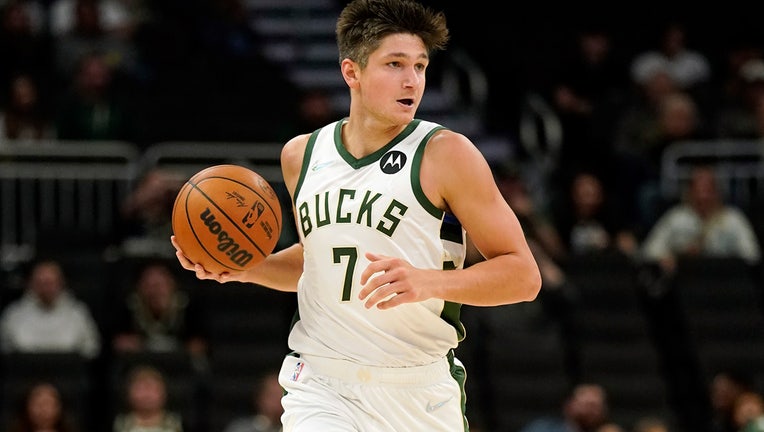 MILWAUKEE, WISCONSIN - OCTOBER 10: Grayson Allen #7 of the Milwaukee Bucks dribbles the ball against the Oklahoma City Thunder in the first half during a preseason game at Fiserv Forum on October 10, 2021 in Milwaukee, Wisconsin. NOTE TO USER: User e

MILWAUKEE - Milwaukee Bucks guard Grayson Allen has signed a multi-year contract extension less than 2 ½ months after the team acquired him from the Memphis Grizzlies.

"Grayson has made a smooth transition and he’s already fit well within our system and culture," Bucks general manager Jon Horst said Monday in a statement. "We have always been fans of Grayson and his impact on winning and his ability to spread the floor with his outside shooting. He also adds competitiveness, toughness and intelligence to our core. We’re excited to extend our relationship with him."

The 26-year-old Allen averaged 11.3 points and 4.3 rebounds in 22.4 minutes in four preseason games with the Bucks.