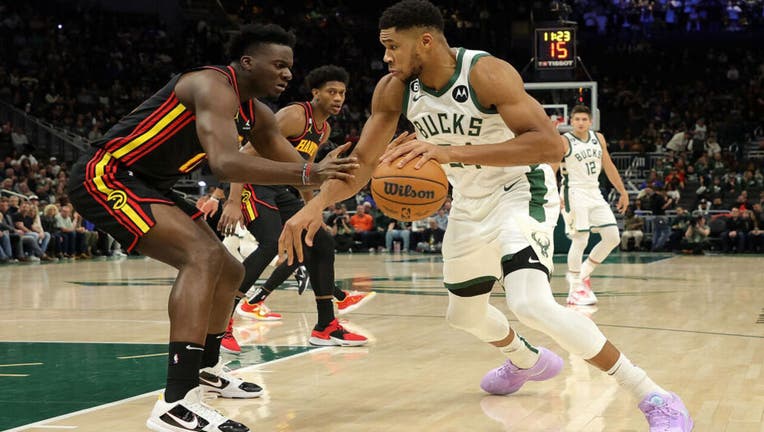 MILWAUKEE - De’Andre Hunter scored 24 points and Trae Young had 21 points and nine assists, leading the Atlanta Hawks to a 121-106 victory over Giannis Antetokounmpo and the Milwaukee Bucks on Monday night.

Antetokounmpo, who missed the last two games and three of the last four with left knee soreness, scored 27 points in 31 minutes. The Bucks have lost three of four after a 9-0 start.

Atlanta led 94-80 entering the final period. Milwaukee scored eight consecutive points to close to 108-99 with 3:12 left. Antetokounmpo fouled out with 1:35 remaining, and Murray hit both free throws to make it 116-101.

It was the third meeting between the teams in 16 days. The Bucks suffered their first loss of the season at Atlanta a week ago.

MarJon Beauchamp had 20 points for the Bucks, who lost for the first time at home after seven victories.