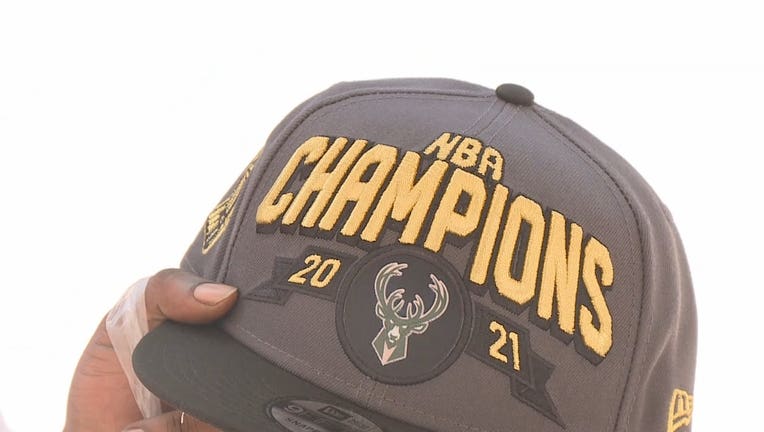 MILWAUKEE - The Milwaukee Bucks sure didn’t get much time to celebrate their first NBA championship in a half-century.

Just three months after Giannis Antetokoumpo’s 50-point performance secured a title-clinching victory over the Phoenix Suns in Game 6 of the NBA Finals, the Bucks will be raising their championship banner and beginning a new season on Oct. 19.

The offseason was particularly brief for Khris Middleton and Jrue Holiday, who left for Tokyo shortly after the championship parade and won gold medals with the U.S. Olympic team.

"It was crazy," Holiday said.

They got just a little time to come home and rest before beginning the process of trying to repeat. They realize the necessity of maintaining the same tenacity that helped carry them to the franchise’s first championship since 1971.

The Bucks open the season against the Brooklyn Nets, who would have eliminated them in the second round of the 2021 playoffs if Kevin Durant’s foot hadn’t crept across the 3-point arc while making a shot in Game 7.

Throughout their championship run, the Bucks were driven by their past postseason failures. The Bucks no longer have that as incentive but say they’ll remain as motivated as ever.

"Teams are going to be coming for us," Antetokounmpo said. "But we have to have that hunter mentality ourselves."

Milwaukee returned most of the key players from last season, though P.J. Tucker left for the Miami Heat and Bryn Forbes rejoined the San Antonio Spurs. They added Grayson Allen, Semi Ojeleye and George Hill to their bench.

That depth could be tested.

The Bucks may need to monitor their top players early in the season because they had so little rest during this abbreviated offseason.

Antetokounmpo, who hyperextended his left knee in the Eastern Conference finals, says he feels good but will be careful with his knee early in the season. The Bucks also must make sure they don’t overwork Holiday and Middleton after their busy offseason.

"They’re usually pretty good at being able to read guys and their bodies," Holiday said. "Not only that, they’re good at maintenance and maintaining."

Bicycles donated to veterans; rebuilt by man on a mission

The Milwaukee Brewers have their backs against the wall. But fans are hopeful the hometown team can pull off two victories -- and get to the NLCS.