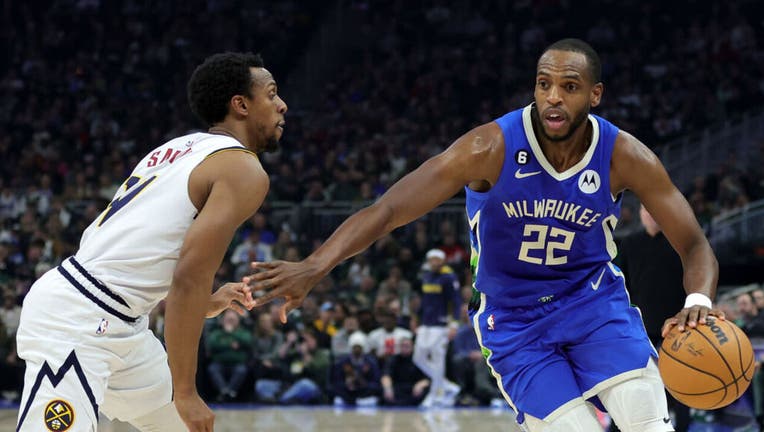 MILWAUKEE - Giannis Antetokounmpo had 33 points and 14 rebounds as the Milwaukee Bucks defeated the short-handed Denver Nuggets 107-99 on Wednesday night.

Jokic had returned after missing two games and recorded his fourth straight triple-double Tuesday in a 99-98 victory at New Orleans. But he rested the hamstring Wednesday rather than playing on back-to-back nights. Porter missed a third straight game.

Jrue Holiday had 20 points for the Bucks, who won despite committing 23 turnovers. Pat Connaughton scored a season-high 19 points, matched a career high with 12 rebounds and shot 7 of 8 overall and 5 of 6 on 3-point attempts.

Aaron Gordon had 26 points and 13 rebounds for the Nuggets. Bones Hyland added 15 points.

While the Nuggets were missing most of their top players, the Bucks also weren’t at full strength.

Milwaukee’s Bobby Portis missed a game for the first time this season after spraining his right medial collateral ligament and right wrist Monday in a 150-130 triumph at Detroit. The Bucks said Portis will be re-evaluated in two weeks.

Bucks rookie MarJon Beauchamp was out due to patella tendinitis in his right knee.

Milwaukee led throughout the second half but struggled to put the Nuggets away.

After trailing by 14 early in the fourth quarter, the Nuggets cut the Bucks’ lead to 94-89 on Christian Braun’s 3-pointer with 5:01 left. The Bucks answered with five straight points and stayed ahead by at least seven the rest of the way.