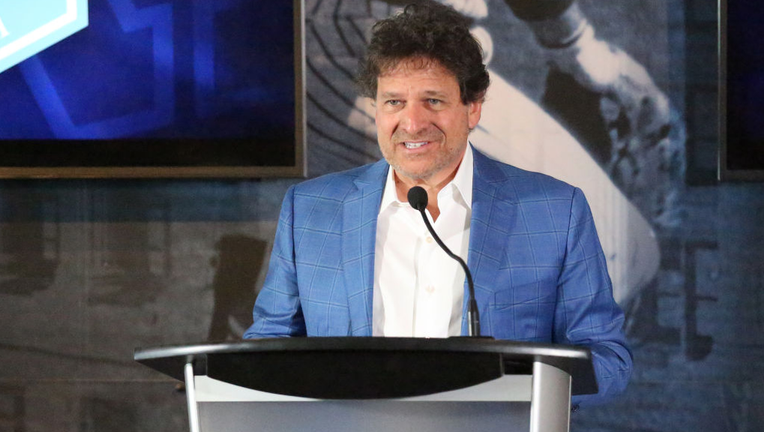 MILWAUKEE, WI - AUGUST 06: Milwaukee Brewers owner Mark Attanasio speaks at the Walk of Honor ceremony prior to a game between the Milwaukee Brewers and the Cincinnati Reds at American Family Field on August 6, 2022 in Milwaukee, WI. (Photo by Larry

Norwich said a shareholder meeting on Sept. 12 "will include a resolution to appoint Mark Attanasio … as a new director of the football club."

The financially stable second-tier club, which played in the Premier League in three of the past seven seasons but was relegated each time, said it would give further details after the meeting and vote.

Attanasio was first linked in May with taking a stake in Norwich, which has been majority owned for 26 years by television chef Delia Smith and her husband Michael Wynn Jones. They are both now in their 80s.

The American investor has reportedly been in talks to buy the shares of Michael Foulger, a local businessman and long-time club director.