MILWAUKEE - The Milwaukee Brewers made a franchise-record fourth straight playoff appearance this fall and have the type of starting rotation that could enable them to keep that streak going in future years.

But their loss to the Atlanta Braves in the NL Division Series revealed they may need to upgrade their lineup if they’re ever going to get back to the World Series for the first time since 1982.

A lineup that struggled to score runs at various points in the season produced a total of six runs in the four-game series. The Brewers went scoreless in 33 of 36 postseason innings.

"We’ve got the best pitching in baseball, I think," first baseman Rowdy Tellez said Tuesday after the Brewers were eliminated with a 5-4 Game 4 loss in Atlanta. "And I think just after this loss, it’s tough. It’s kind of devastating. We didn’t think it would be like this."

The Brewers won 95 games and took over sole possession of the NL Central lead for good in June, but postseason frustration continued for a franchise that has never won the World Series.

Milwaukee was a game away from getting to the World Series in 2018 before losing Game 7 of the NL Championship Series at home to the Los Angeles Dodgers. The Brewers haven’t won a playoff series since. 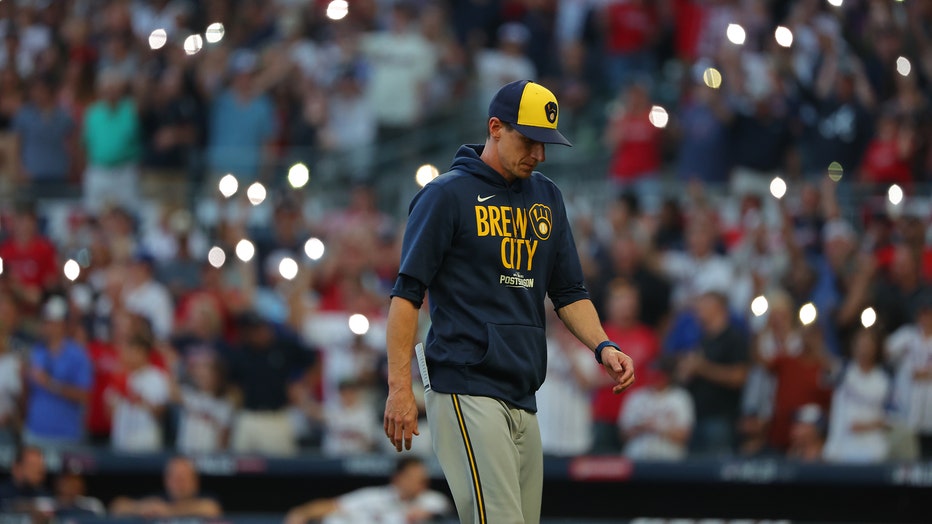 Craig Counsell walks back to the dugout during Game 4 of the NL Division Series against the Atlanta Braves on Oct. 12, 2021. (Photo by Kevin C. Cox/Getty Images)

"Those guys all took big steps forward," manager Craig Counsell said. "And they want that label, I think, of what they’ve earned this year, and they deserve it. And I think they’re not going to stop trying to go to the next place."

That pitching was good enough to help the Brewers roll to a division title without much hitting. The Brewers ranked 27th out of 30 MLB teams in batting average (.233), though they were 12th in runs scored (738).

Atlanta exposed the shortcomings of Milwaukee’s lineup and left the pitching staff with little margin for error. When Atlanta’s Freddie Freeman hit a tiebreaking homer off All-Star closer Josh Hader in the eighth inning of Game 4, the Brewers couldn’t respond. 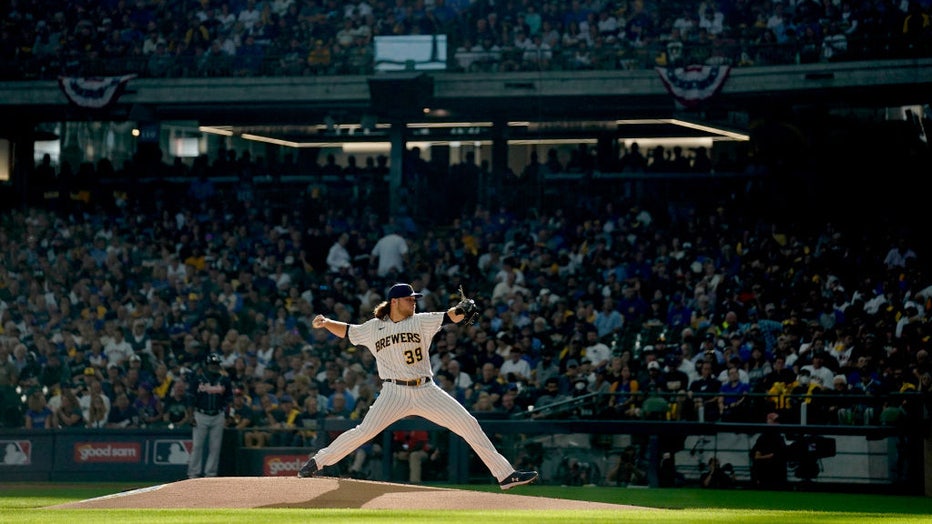 Corbin Burnes #pitches in the first inning during Game 1 of the NL Division Series against the Atlanta Braves on Oct. 08, 2021. (Photo by Patrick McDermott/Getty Images)

But they accomplished enough to believe they can put themselves back in contention next season.

"We’re going to focus on next year and come back," Tellez said. "We’re always going to be a force here."

The most obvious way for the Brewers to boost their lineup is for 2018 NL MVP Christian Yelich to regain the form he showed his first two years in Milwaukee.

Yelich led the NL in OPS in 2018 and 2019 but has slumped the last two seasons. He batted .248 with just nine homers and 51 RBIs in 117 games this year. The Brewers’ season ended Tuesday when Yelich struck out looking with the tying run on first. 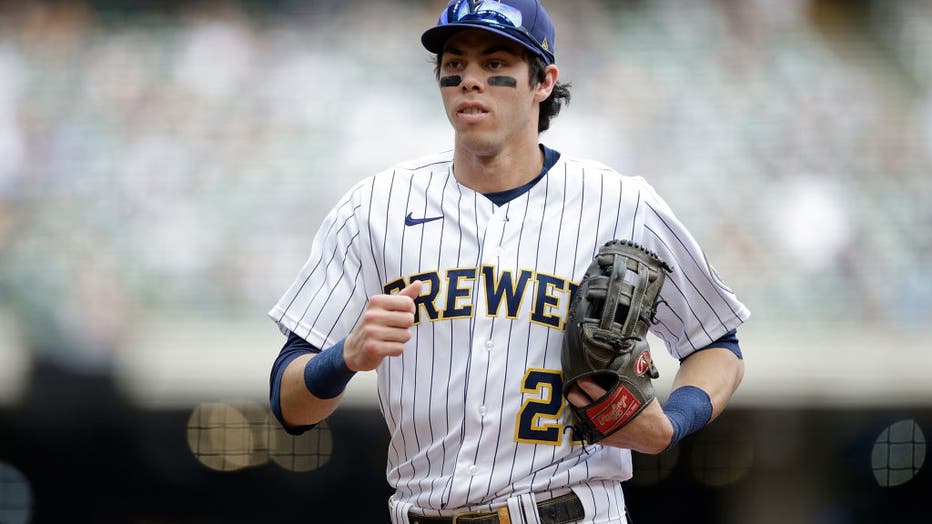 The 29-year-old Yelich is set to make $26 million each of the next seven seasons, though $4 million of that will be deferred each year.

"I understand that I’ve got to play better, I’ve got to be better," Yelich said. "Kind of take the offseason and figure out a way to do that and keep moving."

Outfielder Avisaíl García had a team-high 29 homers this season and now faces a decision on his future. His contract includes a $12 million mutual option for the 2022 season.

Milwaukee boosted its roster by trading for shortstop Willy Adames, Tellez and third baseman Eduardo Escobar during the season. Adames posted an .886 OPS after arriving in Milwaukee, while Tellez hit two homers in the NLDS.

While Escobar is now a free agent, Adames and Tellez are under team control through the 2024 season.

Local author turns Brewers dreams into reality with her books

Sports has a way of bonding fans with their favorite players even when the two have never met in person.

Curderburger at Culver's lives up to the hype

The Curderburger at Culver's is only available on Oct. 15, National Cheese Curd Day, until supplies last.