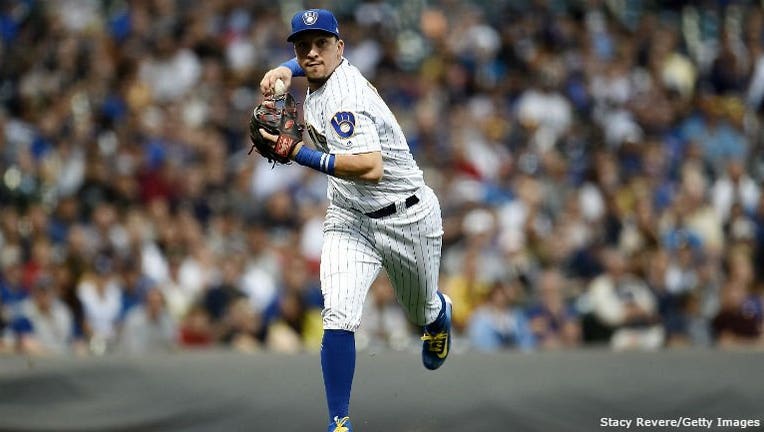 MILWAUKEE, WI - JUNE 02: Hernan Perez #14 of the Milwaukee Brewers makes a throw to first base during the fifth inning of a game against the Los Angeles Dodgers at Miller Park on June 2, 2017 in Milwaukee, Wisconsin. (Photo by Stacy Revere/Getty Imag

MILWAUKEE (AP) - Utilityman Hernán Pérez, who played 572 games for Milwaukee from 2015-19, has returned to the Brewers organization with a minor league contract.

The Brewers announced Friday they had signed the 30-year-old Pérez and were assigning him to their Triple-A affiliate in Nashville, Tennessee.

Pérez was designated for assignment by the Washington Nationals on Tuesday after going 1 for 19 in 10 games with 10 strikeouts in 21 plate appearances. He played three games for the Chicago Cubs last season and went 1 for 6.

He had been a versatile performer for the Brewers earlier in his career. Pérez batted .258 with 45 homers, 175 RBIs and 67 steals in his 572 games with Milwaukee.

He has played every position other than catcher during his major-league career. That includes 211 games at third base, 191 in the outfield and 178 at second.