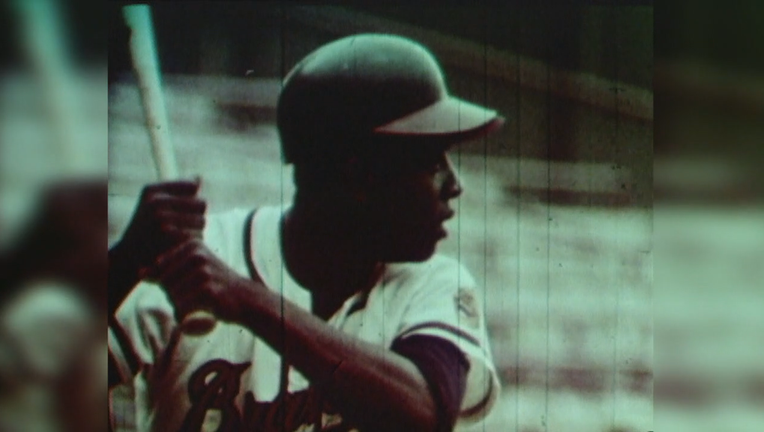 MILWAUKEE - Henry "Hank" Aaron meant a lot to baseball fans across the country, but especially to kids growing up in Milwaukee in the 1950s and '60s.

Aaron, who died Friday at the age of 86, had an impact that stretched beyond the diamond. A civil rights activist, his legacy reached fans' lives and the community for years.

For Tom Andrews growing up in Menomonee Falls, summers were for baseball. A bus ride for 50 cents with other little leaguers traveled to Milwaukee County Stadium. There, Andrews sat in right field, watching Aaron play.

"He gave me so many great memories," Andrews said.

"No disrespect to the Brewers, but the Milwaukee Braves sealed the deal. and he was the big lynchpin," said Andrews. 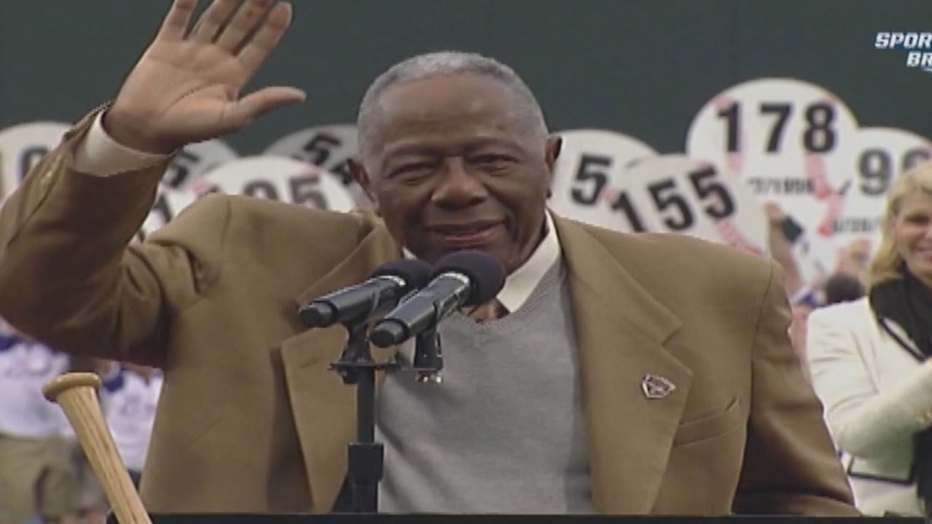 Aaron was a fixture of the 1957 World Series-winning Braves team that brought Milwaukee it's only such title to date. Andrews remembers sitting in the stands, watching Aaron -- who he called "Mr. Consistency" -- play his craft.

"I learned to appreciate Hank much, much more, long after his baseball career ended, because you start to understand the man he was, how he handled adversity," Andrews said. 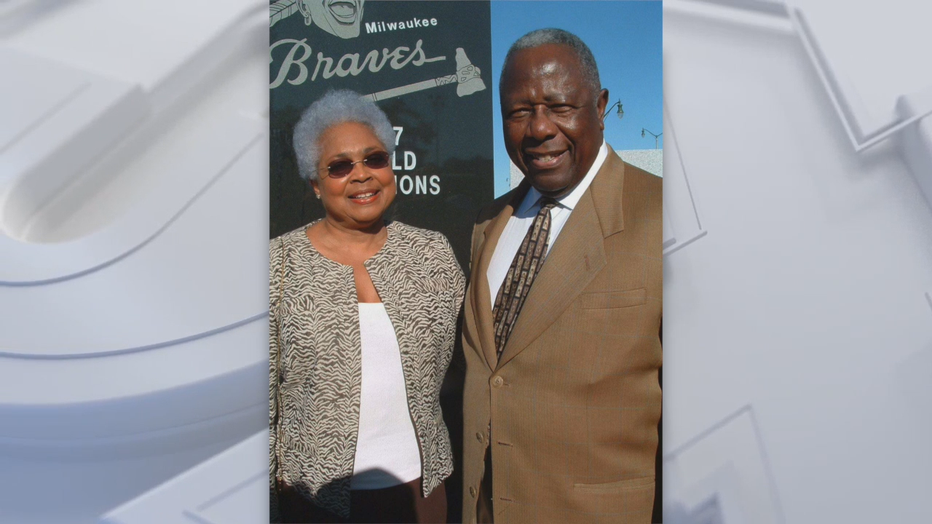 Aaron also gave back. He was involved in scholarship programs and community outreach. He helped people, like Andrews, who work to catalog the history of the Milwaukee Braves.

Aaron came back to Milwaukee in 2007 for the 50th anniversary of the '57 team, along with his wife, Billye.

"He is an example. His story needs to be told. What he went through, how he overcame it, and how he gave back to everybody around him," said Andrews. 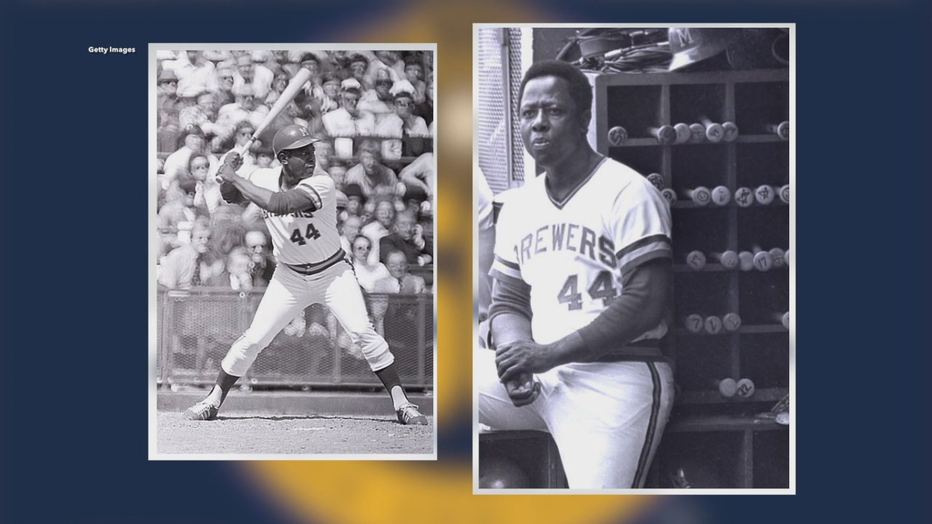 Aaron spent 21 years with the Braves in Milwaukee and then in Atlanta when the team relocated in 1966. In 1975, Bug Selig brought him back to Milwaukee -- playing two seasons with the Milwaukee Brewers.

Rick Schabowski will never forget that opening day, fans sang and changed the lyrics of "Hello, Dolly!" to "Helly, Henry!"

"We loved it, we loved having him back," said Rick Schabowski with the Milwaukee Braves Historical Association. 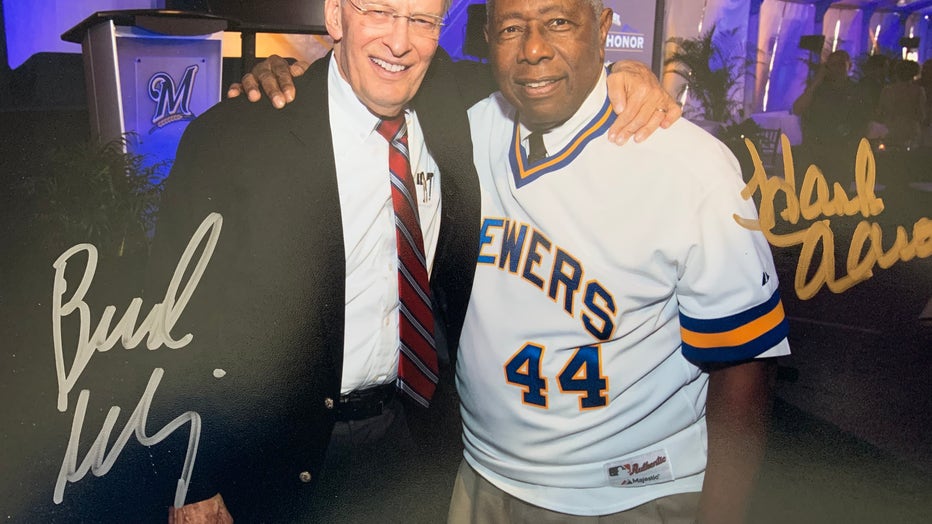 Schabowski said Aaron should be remembered for more than his slash line, but slashing through prejudice and bigotry, providing a lot of memories along the way.

"He was a torch-bearer for good causes, not only baseball, but to help people," Schabowski said.

Selig said Friday he's heartbroken by Aaron's passing, recalling a conversation the two had while on a walk together in Washington D.C. He remembers Aaron saying: "Who would have thought all those years ago, a Black kid from Mobile, Alabama would break Babe Ruth's home run record and a Jewish kid from Milwaukee would become the Commissioner of Baseball."

Henry ''Hank'' Aaron's death Friday, Jan. 22 at the age of 86 is a loss being felt from city to city -- including in Milwaukee, where he spent 14 of his 23 Major-League seasons with the Braves and, later, the Brewers.

Sadness expressed over the death of baseball legend Hank Aaron

Hall of Famer Henry Louis "Hank" Aaron passed away Friday morning at the age of 86.

Brewers fans, it's finally happening. Signage for American Family Field is officially starting to go up.