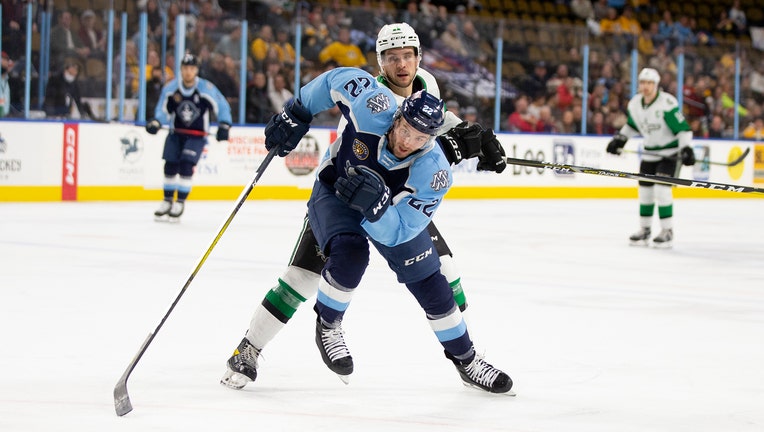 MILWAUKEE - Rocco Grimaldi tallied a goal, an assist, and scored in the shootout and Cody Glass picked up the game-winner in the shootout as the Milwaukee Admirals took a 4-3 shootout victory over Texas on Friday night at UW-Milwaukee Panther Arena.

The win was the first in the shootout for Milwaukee this season as the Admirals improved to 27-21-4-2 and 60 points.

Tommy Novak finished the night with three assists, his second game of the year with three helpers, while Jeremy Davies also had a multi-point night courtesy of a goal and an assist. Connor Ingram stopped 22 shots in regulation and overtime and both Texas shooters to pick up his AHL-leading 22nd win of the season.

The Admirals got off to a quick start, scoring the first goal of the game just at 1:20 into the game when Egor Afanasyev potted his ninth tally of the year. The play started when Novak fed Afanasyev at the Texas blueline and he skated down the slot and fired a wrister from just above the hashmarks that flew over the shoulder of a screened Texas goalie Adam Scheel.

It was the first time in the past 10 games that the Ads had scored the game’s first goal.

Milwaukee would make it 2-0 when Grimaldi converted a 2-on-1 with Novak with just 1:04 to play in the opening stanza. It was Grimaldi’s 25th of the year, making him the first player since Pontus Aberg in 2016-17 to crack the 25-goal plateau.

However, the Stars would battle back to tie the game with a pair of goals just 1:03 part in the second period. The first came on a play through traffic by Jerad Rosburg at 13:58, which was followed by a Joel L’Esperance power-play tally at the 15:01 mark.

The Ads would reclaim the lead just under five minutes into the third period on a Jeremy Davies tally. Grimaldi had the puck on the top of the left circle and dished to Davies on the goal line. The Ads defenseman surveyed the Texas defense and stickhandled in toward the net before roofing a backhand just as the got into the crease for his third goal of the year.

Texas would level the score again with another power-play goal, this time coming from Riley Damiani 9:37 into the final period.

Neither team would find the back of the net the rest of the third period or overtime, setting the stage for the shootout. After misses by the first two, Grimaldi connected over the glove of Scheel followed by an Ingram stop on Anthony Louis. That set the stage for Glass, who also went glove side to give the Ads two points on the night.

After a rare Saturday night off, the Admirals return to action when they host the Grand Rapids Griffins at 5 p.m. on Sunday. It’s the team’s second Dog Day Afternoon where fans can bring their dogs to the game for just $5.

Milwaukee Bucks center Brook Lopez is ready to participate in contact drills and five-on-five scrimmages after being sidelined since the season opener because of a back injury that required surgery.

After being halted due to the pandemic, the July 3rd fireworks along Milwaukee's lakefront are expected to return this summer.