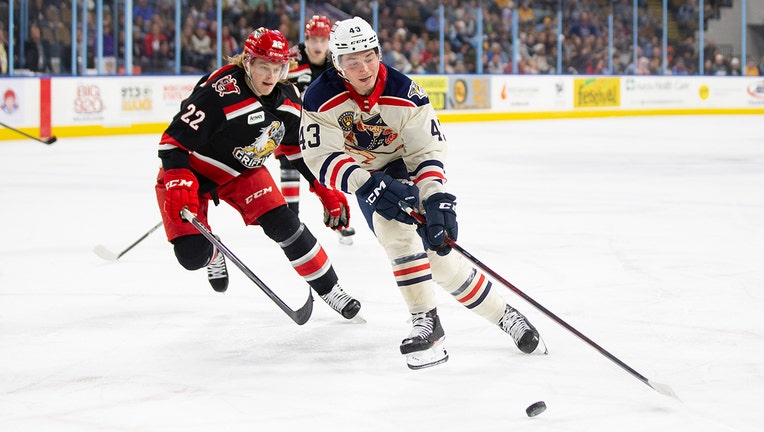 MILWAUKEE - Playing one of their most complete games of the season, the Milwaukee Admirals dominated Grand Rapids from start to finish in a 3-0 win on Friday night, Dec. 30.

Phil Tomasino and Jordan Gross each dished out two assists as the Admirals out shot the Griffins 39-17. Yaroslav Askarov picked up his second shutout of the season and his 13th victory.

The Admirals came out flying, and they peppered Grand Rapids goalie Victor Brattstrom with 10 shots in the first seven minutes of the game.

It was on their 11th shot that they found the back of the net courtesy of Kole Sherwood’s lucky 13th goal of the season at 7:42 of the first when he fired a one-timer on the power play from just below the left dot. Phil Tomasino and Jordan Gross earned assists on the play.

Captain Cole Schneider pushed the team’s lead to two with just 56 seconds left in the opening stanza. His shot from directly in front of the net was reviewed by the officials because the net was dislodged from its moorings, but in the end it was called good and Schneider had his 12th of the year.

The second period saw just one goal as Jimmy Huntington scored for the second time in as many games. He was stationed just to the left of Brattstrom and took a cross-ice feed from Tomasino. Huntington was stopped on his first attempt, but the puck came right back to him, and he buried it for a 3-0 advantage.

That was it for the scoring as Askarov and the Admirals defense shut the door the rest of the way to get the win.

The Admirals wrap up the 2022 portion of their schedule when they visit the Griffins Saturday night, Dec. 31 at 5 p.m. CT. The team’s first game of the New Year will be on Friday, Jan. 6 at 7 p.m. when they host to the San Diego Gulls.