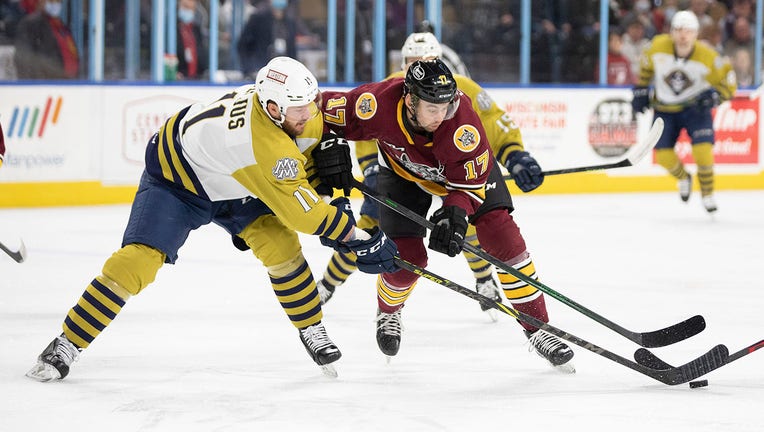 MILWAUKEE - Connor Ingram stopped 27 of the 28 shots he faced, but it wasn't enough as the Milwaukee Admirals saw their seven-game winning streak snapped in a 1-0 loss to the Chicago Wolves on Friday night at UW-Milwaukee Panther Arena.

The loss also ended the Admirals nine-game point streak (7-0-0-2). It was their first loss in regulation since falling to Manitoba on Jan. 12.

The Wolves got the lone goal of the night at 12:18 of the opening stanza when CJ Smith was able to find a loose puck in the crease and flip it over Ingram, ending his bid for a third straight shutout and also ending his consecutive shutout streak.

That was all the scoring that either team would get the rest of the way as the teams went a combined 0-for-7 with the man advantage. The Ads were 0-for-3, while Chicago was 0-for-4. Milwaukee pulled Ingram in favor of an extra attacker for the final 2:33, but they were unable to solve Wolves netminder Alex Lyon as he stopped 19 Milwaukee shots for his third shutout of the season.

The loss in goal for Ingram also snapped his personal seven-game winning streak. However, he still remains red-hot in the crease for Milwaukee having allowed just four goals in his past six games. During that time, he has stopped 171 of the 177 shots he has faced.

The Admirals won’t have to wait long for revenge as they will host the Wolves again on Saturday night. Puck drop is scheduled for 6 p.m.