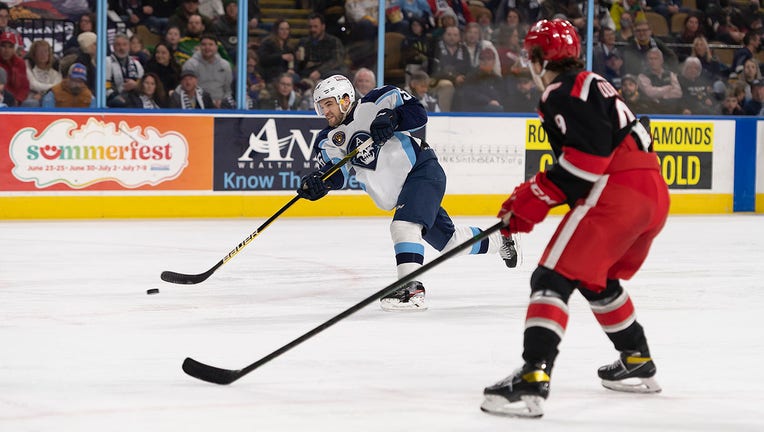 MILWAUKEE - Connor Ingram stopped all 42 shots he faced – including 19 in the third period alone – to guide the Milwaukee Admirals to a 5-0 win over the Grand Rapids Griffins on Saturday night, Jan. 29 at UW-Milwaukee Panther Arena.

It was the sixth consecutive win for the Admirals, and the sixth straight victory in net for Ingram.

Cole Smith paced the Admirals' offense with a pair of goals as the team moved over the .500 mark (19-18-2-2) for the first time since opening night.

Ingram’s shutout was his fourth of the season and third since Jan. 17. In his current winning streak, he has turned aside 185 of the 191 shots that he has faced.

After scoring the overtime-winner last night, Anthony Richard kicked off the scoring for the Ads with a power-play tally at 8:07 of the first period.

The play started when Tommy Novak sent a pass from the top of the left circle down to Cody Glass, who was stationed on the goal line immediately to the left of the Grand Rapids goal. Glass caught the puck on the forehand, turned 180 degrees, and flicked a no-look backhand to a crashing Richard, who beat Griffins goalie Kaden Fulcher stick side.

Milwaukee made it 2-0 3:40 into the sandwich frame courtesy of Cole Smith’s first of the night. Graham Knott slid the puck up the boards to Jeremy Davies, who fired one-timer from the hashmarks that deflected off of Smith’s skates to beat Fulcher to the short side.

Less than eight minutes later, Marc Del Gaizo pushed the lead to three when he hammered a slapper from between the wheels off a feed of Egor Afanasyev.

Smith got his second of the night just 57 seconds into the third period when he followed his initial shot that trickled through the legs of Fulcher. Matt Luff capped the scoring for the Ads with just over four minutes to play in the game when he stuffed a wrap-around in on the right post.

In addition to Smith, Davies (2a) and Richard (1g-1a) also tallied multi-point efforts for the Ads. Overall, 12 different Admirals found their way onto the scoresheet.

Milwaukee finished the night a perfect 6-for-6 on the penalty kill and has killed off all 16-opponent power-plays faced this week.

The Admirals look for lucky number seven when they travel to Rockford to take on the IceHogs on Wednesday night at 7 p.m. The Ads' next home game will be Friday, Feb. 4, at 7 p.m. against the Chicago Wolves.