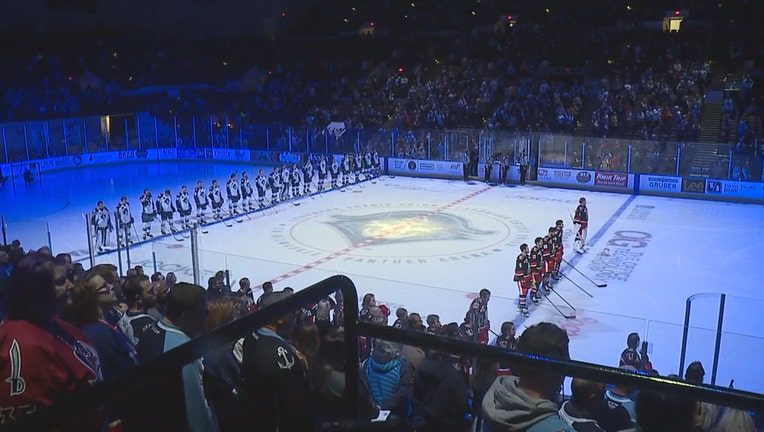 The Milwaukee Admirals begin the 2021-22 AHL season at home.

MILWAUKEE - The Milwaukee Admirals announced Tuesday that their home game originally scheduled for Thursday, Dec. 30 against the Rockford IceHogs has been moved to Friday, April 29

The original game had been postponed because of COVID-19 protocols affecting the IceHogs. The rescheduled contest will start at 7 p.m. at UW-Milwaukee Panther Arena.

Fans who have tickets for the game to the game can:

The promotions that were schedule for Dec. 30 have switched to different dates. This Friday, Jan. 7 the first 5,000 fans will receive an Admirals Cowbell courtesy of Potawatomi Hotel & Casino. Milwaukee’s own Pat McCurdy will perform in the Jägermeister Shot and a Goal Bar before and after the game on Saturday, Jan. 29.

Fans can purchase tickets for the rescheduled game, or any Admirals game, by visiting the Admirals' website or by calling 414-227-0550.

Milwaukee Brewers 10-Pack Plans are on sale now, allowing fans to secure their 2022 tickets before they become available to the general public.